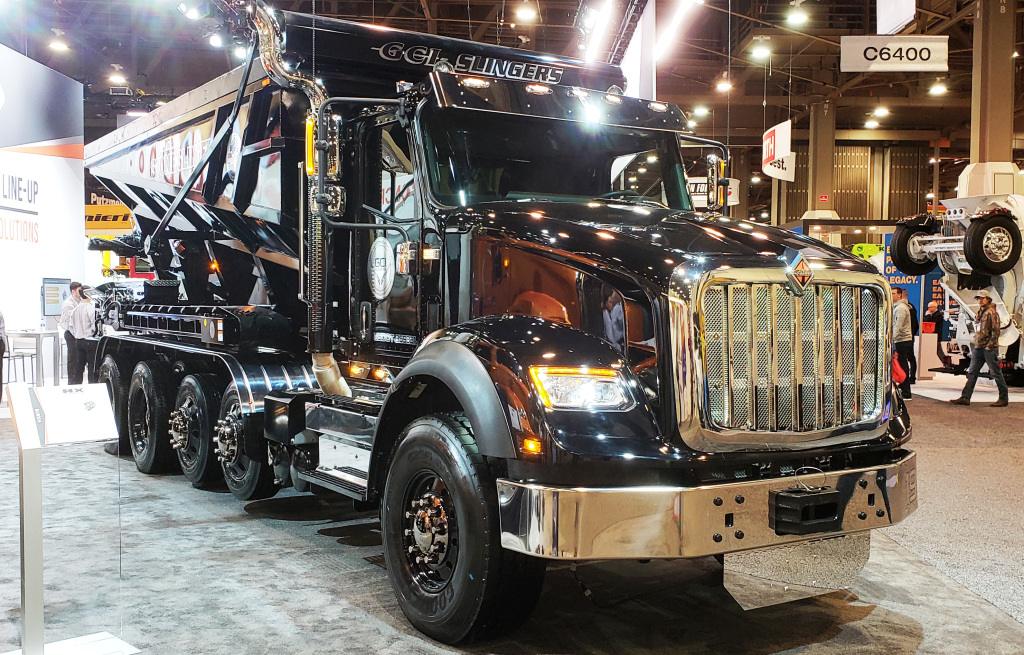 International Says Things Are Looking Up

The year 2018 was a banner year in the U.S. and Canada, and International Trucks hopes to continue building on that success.

“In Canada, it was phenomenal, we couldn’t keep up,” Joel Shaw, vocational sales manager for Navistar Canada. “On the International side, we grew our market share across Canada in each segment.”

Darin Vehlewald, product marketing manager for severe service trucks at Navistar, said they have been anticipating a dip in demand for some time.

“For the last two years, we’ve really been ramping up, and I think a lot of people forecasting internally, as well as equipment manufacturers and even customers, (a downturn) is kind of expected,” he said. “A year-and-a-half ago we thought it was going to starting levelling off, but it really hasn’t up until the last couple of months. It’s not dipping but the rate at which it’s increasing has slowed a lot.”

Shaw said the refuse market has been one of the strongest in Canada, with several businesses struggling to keep up to demand.

In Western Canada, he said business has picked up slightly with oil back to around $60 a barrel, however continues to lag behind its eastern counterpart.

There is one area, though, where Western Canada is booming.

“The freight side of things has been crazy out there,” said Shaw, “which surprised me because oil just hasn’t been there, but freight has really picked up.”

Approval of the Trans-Mountain Pipeline is one way to improve the western Canadian economy, according to Shaw.

In the U.S., Mark Johnson, vice-president of strategic marketing for Navistar, could not be happier with the way his company has performed of late.

“We posted incredible financial performance in 2018,” said Johnson. “One of the reasons we did is that we are winning the trust of our customers back. Customers are putting their faith in us once again, and really that goes to the tremendous product line that we have today.”

In addition to regaining the trust of its customers, Johnson said the company’s focus on uptime and its driver-first mentality has led to its recent success.