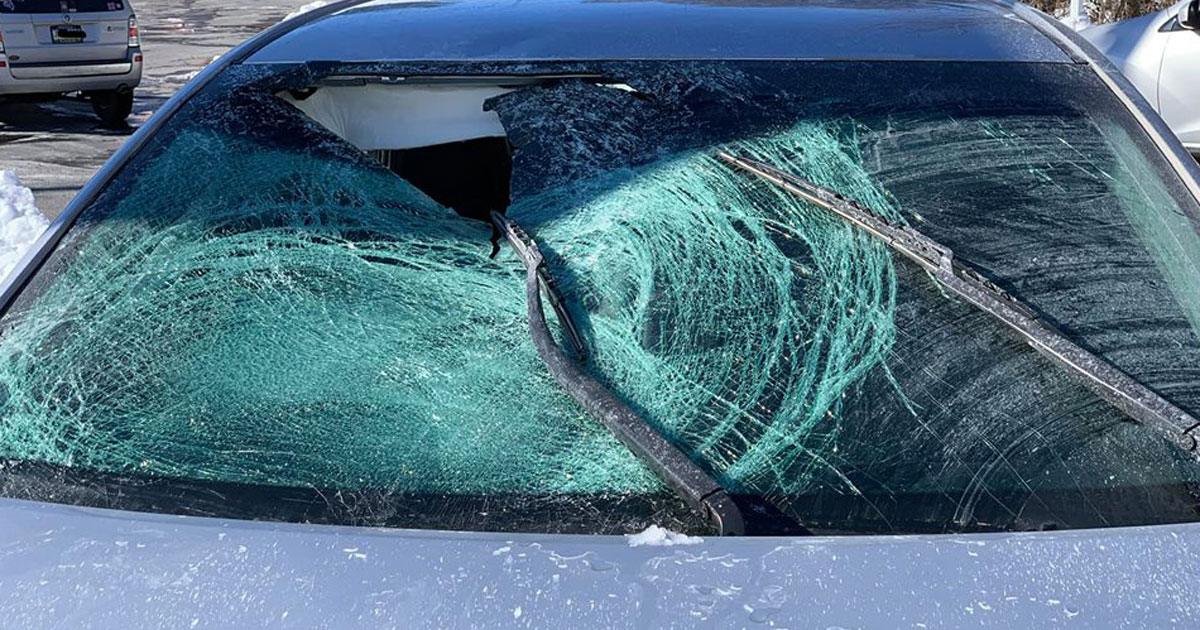 Cleaning Snow and Ice from Truck and Trailer A Must

Officials with the Pennsylvania State Police say the incident occurred at around 12:26 p.m. on Tuesday, Jan. 22, on I-80 East, mile marker 308.7 near Smithfield Township, Monroe County.

The passenger vehicle, a 2012 Toyota Camry driven by Rose A. Kent, 62, of Liverpool, New York, sustained serious damage to the windshield. A passenger in the vehicle, Thomas Kent, 65, also of Liverpool, was taken by ambulance to a local hospital for injuries received in the crash.

State police said they do not have a description of the tractor-trailer, which did not stop following the incident. The Camry was able to be driven to a nearby gas station in Smithfield Township in order to report the crash.

Pennsylvania is one of several states that has an ice and snow removal law on its books. According to PAVC 3720, snow or ice is dislodged or falls from a moving vehicle and strikes another vehicle or pedestrian causing death or serious injury, the driver may be subject to a fine of up to $1,000.

A spokesman with the State Police says the investigation is ongoing, and could result in charges.