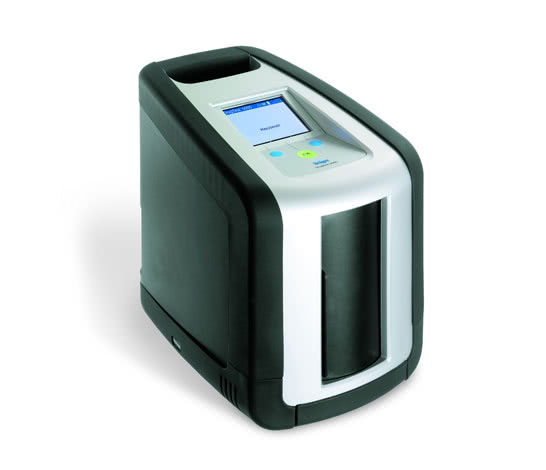 With the pending legalization of cannabus, the federal government’s crackdown on drug-impaired driving has taken a big step forward, as the Justice Department is set to give its blessing to Canada’s first roadside saliva test.

Once in use, police officers will be able to swab a driver’s mouth to test for the presence of THC, the main psychoactive ingredient in cannabis.

Roadside saliva-testing devices were authorized by Bill C-46, a massive overhaul of Canada’s impaired driving laws that passed in June.

But before police could order any devices, a model had to be approved by Attorney General Jody Wilson-Raybould — and she has been waiting for the advice of an independent committee made up of toxicologists and traffic safety experts.

Wilson-Raybould has such advice and now given 30-day notice of a ministerial order to approve the Draeger DrugTest 5000, produced by a company based in Germany. The device is already approved in other countries, including the United Kingdom and Germany, though a Justice Department spokesperson noted it may be configured differently to meet Canadian standards.

The notice to approve the Draeger device means it was tested in a National Research Council laboratory and passed an evaluation by the Canadian Society of Forensic Science. It’s possible more devices will be approved for use later on.

In addition, Public Safety Canada and the RCMP ran a pilot project last year on oral fluid screening devices and concluded they were “a useful additional tool for Canadian law enforcement.” The Draeger device was not one of the two used in the pilot project.

Currently, police check for drug-impaired driving at the roadside by using a standardized field sobriety test, which can involve tests such as standing on one foot or walking in a straight line.

The saliva-testing device, which is also approved to test for cocaine, provides police with a powerful new tool to detect recent drug use (within approximately the last six hours). A failed test gives police reasonable grounds to bring a driver in for further testing, including a blood test or an examination by a drug recognition expert.

The science around detecting drug-impaired driving is much less established than it is for detecting alcohol-impaired driving, and the reliability of the devices is likely to be challenged in court by defence lawyers.

Previous articleRecruiters Are First Line Of defence Against Driver Turnover, Study Shows
Next articleCummins and Eaton joint venture profitable by 2020