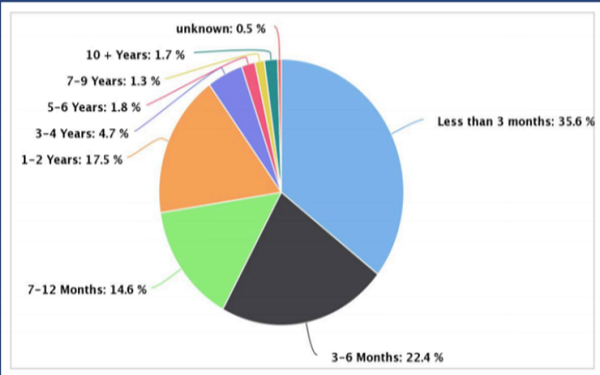 What causes and what can we do to stop early driver turnover?

That’s the question Stay Metrics, a provider of engagement, training, and retention solutions for the transportation industry, sought to answer with their most recent research report. Stay Metrics worked with more than 100 trucking companies and collected data from over 62,000 drivers. Ongoing research by the company shows more than 70 percent of driver turnover occurs within the first year of employment with 35 percent happening in the first three months.

The new research examines the impact of driver demographics, industry tenure, attitudes and work experiences, and other factors that influence early turnover.

• Age differences among drivers are insignificant for early leavers. Millennial drivers, for example, are no more likely to leave during the first year of employment than Baby Boomers.

• Experienced drivers (1+ year of industry tenure) have higher early-stage turnover. Once drivers stay longer than 1 year with a carrier they are more likely to remain compared to those with less experience.

• Early-stage leavers have a surprisingly more positive attitude toward their employers than drivers who leave after one year. The authors noted the “honeymoon effect” of job change is consistent with academic research in other industries. New hires generally have positive impressions and attitudes toward their new jobs.

“The most recent report highlights the value of recruiting with driver retention in mind and using survey data at critical periods of the employment lifecycle to reduce driver turnover,” said Tim Hindes, Chief Executive Officer of Stay Metrics.

The authors of the new report, led by Timothy Judge, Ph.D., Chief Science Officer of Stay Metrics, reviewed an academic model of early turnover by drawing from research literature. The academic model is compared with empirical data obtained from Stay Metrics’ suite of Driver Survey products and driver turnover data provided by its clients.

The academic model shows that employee dissatisfaction with jobs triggers an intent to quit within the first four months. Stay Metrics data reflect more aggressive emergence of dissatisfaction and turnover intent, resulting in a pattern of early turnover in the trucking industry.