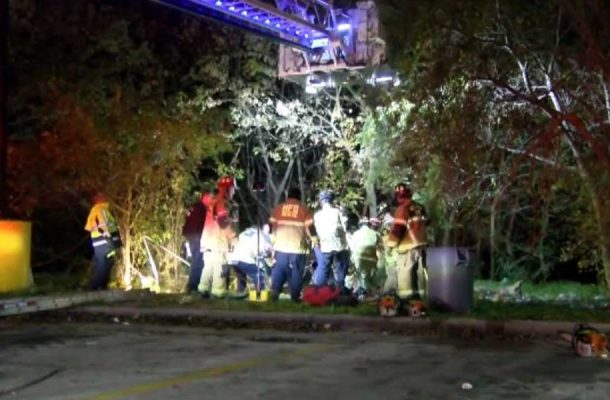 Driver Rescued From Manhole in Houston

On Tuesday, December 11, 2018, a crew of Houston firefighters pulled a truck driver out of a manhole after he fell about 6 metres.

Officials say the driver dropped his cell phone in a wooded area behind a Love’s truck stop and fell into the manhole after going to retrieve it. Another trucker witnessed the event and alerted the security guard who called for help.

No one was seriously hurt during this incident.