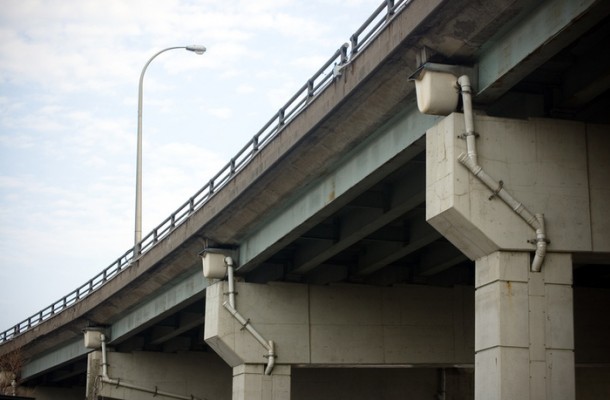 As Washington begins debate on how best to fund roads and bridges, the American Trucking Associations is still promoting its plan, the Build America Fund, which they say would generate $340 billion in new revenue over ten years without adding a penny to the budget deficit.

The ATA has launched a new initiative to highlight the nation’s infrastructure needs by demonstrating the exorbitant cost of traffic congestion and road disrepair borne by the motoring public.

“Our goal is to educate decision makers and the public about the hidden costs of the status quo,” said ATA President and CEO Chris Spear. “If we’re to secure a better future for our country and this economy, then we can no longer put off necessary improvements to our national network of roads and bridges.”

“Opponents of a fuel user fee fail to mention a simple fact: deteriorating roads and bridges exact a heavy price on the motoring public – and that cost hits low- and middle-income drivers the hardest,” Spear said. “A fuel user fee is completely paid for by users and does not add a penny to the deficit. There’s a reason why Ronald Reagan was such a strong supporter of this policy throughout his presidency.”

ATA’s new website and infrastructure investment campaign, Road to a Better Future, features an educational video and call to action, urging individuals to contact their representatives and ask them to support new highway investment.

“What seems to get lost in the debate about highway funding is that there is a cost to doing nothing, too,” said David Congdon, CEO of Old Dominion Freight Lines and co-chair of ATA’s Infrastructure Task Force. “The irony here is that the cost of doing nothing is actually much higher than what is actually required to fix our roads and bridges.”

“You can’t build roads and bridges with fake funding. The Build America Fund puts real money on the table,” said Jim Burg, task force co-chair and president and CEO of James Burg Trucking Co. “Trucking is coming to Washington with a solution. We already pay nearly half the Highway Trust Fund, and we’re saying we’ll pay more to get this job done.”