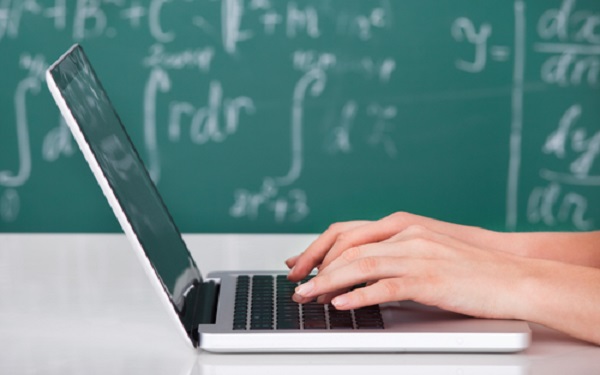 In a pioneering bid to lure and keep more drivers behind the wheel of its trucks, U.S. Xpress Enterprises is offering scholarships at an online college to its drivers and their families in a new program they call “Full Ride.”

The company employs more than 7,000 truck drivers across the country and says the new benefit will give its drivers the opportunity to earn an associate’s, bachelor’s or master’s degree in the field of their choice at no cost through online courses offered by Ashford University.

In a first for the trucking industry — and one of the first for any major U.S. business — U.S. Xpress also will pay for the online degrees for children (aged 17 to 26 years old) of U.S. Xpress truck drivers.

“In addition to helping our company recruit and retain more drivers, this program offers our drivers and their families the life-changing opportunity to attend college at a time when it is becoming increasingly expensive and unattainable to many,” U.S. Xpress CEO Eric Fuller said of the new program. “We believe the Full Ride program will attract people to our industry who may have not previously thought about driving a truck.”

Like most trucking firms, U.S. Xpress has nearly a 100 percent annual turnover rate among its drivers, requiring the company to recruit, hire and train about 7,500 drivers every year.

Fuller said it typically cost U.S. Xpress more than $5,000 to recruit and train a new driver and he said his company could handle even more shipments if it could recruit enough qualified drivers.

“There’s a huge cost to the driver shortage, so we think this benefit is worthwhile for the company and our drivers,” he said. “If your goal is to get an education without racking up debt, we can offer you a means to accomplish that goal. If you want a degree but are not interested in sitting in a classroom all day, we offer you the opportunity to see the country while completing your studies.”

U.S. Xpress is teaming up with Ashford University, a private, for-profit online college based in San Diego, California, which offers associate’s, bachelor’s, and master’s degrees in more than 50 degree programs online and starts new classes nearly every week. The flexibility of the start and study times for the online courses should be popular and convenient for truckers.

Even though many of the training programs could lead to drivers getting off the road and pursuing other careers, officials hope the chance for college scholarships and career advancements will lead more workers to try out truck driving for four or more years while they get their degree.

U.S. Xpress and other trucking companies need more drivers as over-the-road shipments continue to grow amid the booming economy.

Unlike traditional tuition reimbursement programs, the students participating in the U.S. Xpress Full Ride program do not have to front the money for college and then later seek reimbursement. The scholarship program pays all costs directly to the university, including tuition, books and course materials, removing any financial barrier for U.S. Xpress drivers and their families.

Experienced professional truck drivers are eligible to participate as soon as they begin work with U.S. Xpress, and student drivers are eligible to start taking classes as soon as they have completed their behind-the-wheel training and are promoted to “first seat” driver. There is no obligation for drivers to remain with U.S. Xpress after they have earned their degrees.