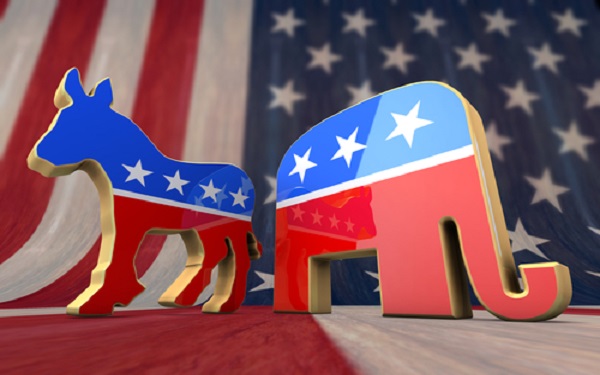 For the fourteenth election cycle in a row, trucking industry  campaign contributions favour Republicans over Democrats, according to data from the Center for Responsive Politics. That dates back 26 years, to the 1992 midterms, and includes presidential elections and midterm years.

For the upcoming midterm elections, campaign donations to Republican candidates from trucking-associated contributors totals $3.16 million, compared to only $644,886 in donations to Democrats.

Denham has been vocal about opposing laws that require carriers to provide drivers with paid rest breaks. Mostly isolated to California, the issue has caused carriers to be hit with major payouts to drivers.

Graves is a top pick to replace Rep. Bill Shuster, who’s not seeking reelection, as head of the House’s Transportation and Infrastructure Committee.

Blackburn represents the district in which Fitzgerald Glider Kits is headquartered and has been an opponent of emissions regulations that could potentially threaten sales of glider kit trucks.

The American Trucking Associations has spent the most among trucking industry campaign contributors, donating $566,083 this election cycle with $369,550 to Republican candidates and $195,533 to Democrats.

The Owner-Operator Independent Drivers Association has spent $126,000 on the 2018 elections, with $93,000 going to Republicans and $33,000 going to Democrats. OOIDA contributed $10,000 to the campaign of Rep. Brian Babin (R-Texas), who has introduced bills aiming to repeal or delay the electronic logging device mandate.

Paccar, maker of Peterbilt and Kenworth, has donated $121,711 to campaigns, all of it to Republican candidates.