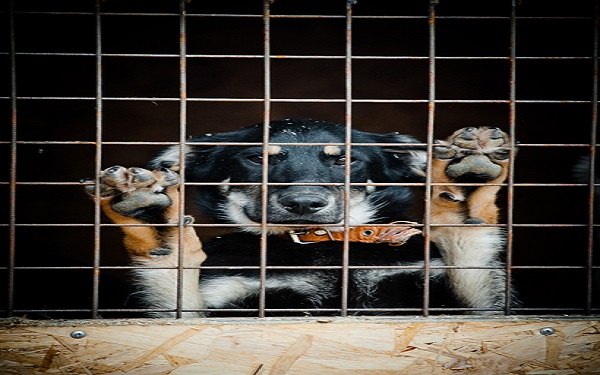 Tony Alsup, a 51-year-old trucker from Greenback, Tenn., spent a week on the road when he hopped in his bus and headed toward the coast, committed to rescuing as many animals as possible ahead of Hurricane Florence.

Inside the bus, the seats have been ripped out to make room for its passengers, making it like a modern day “Noah’s Ark.”

As of Sept. 17, Alsup and his bus had rescued 53 dogs and 11 cats from South Carolina shelters that were in Florence’s treacherous path, and he expects to search for more.

“I’m like, look, these are lives too,” Alsup told The Washington Post. “Animals — especially shelter pets — they always have to take the back seat of the bus. But I’ll give them their own bus. If I have to I’ll pay for all the fuel, or even a boat, to get these dogs out of there.”

Alsup, who wants to open his own animal shelter one day, has been rescuing shelter pets from floodwaters with his school bus since Hurricane Harvey ravaged the Texas coast last year. When Alsup saw on the news how numerous animal shelters had become overcrowded with lost or rescued animals, he thought he could help. He wanted to help transport the animals to vacant shelters — but he knew he couldn’t put them in a semitrailer.

He has since helped with rescues during Hurricanes Irma and Maria (no bus for the latter; he was feeding horses) and now during Florence.

When Alsup began his latest rescues, the kennels in his vehicle were stacked from floor to ceiling. Pet food, water bowls, leashes and toys were strewn about the aisle. But as he rolled along his route, Alsup kept telling his Facebook followers that he had room for more, asking them to point him to where pets needed help. “NO ONE LEFT BEHIND,” he wrote in one Facebook post, before signing off with his standard line, “Love y’all, mean it.”