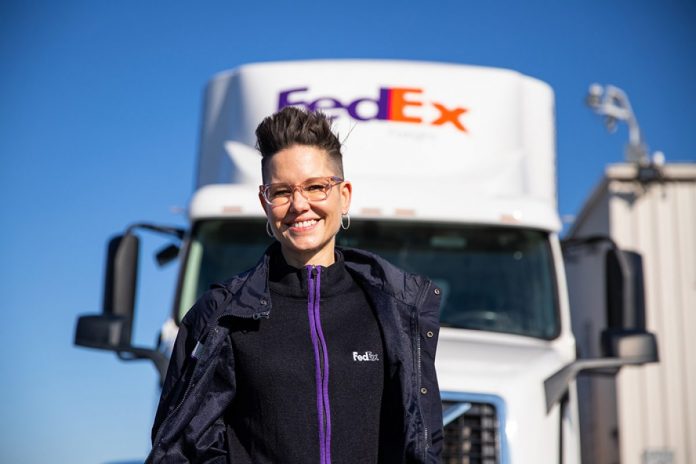 Nikki Weaver, a professional driver for over 20 years, was announced as the winner of the Women in Trucking (WIT) Association’s Driver of the Year Award. The award is sponsored by Walmart. Other finalists included Carmen Anderson, who works for America’s Service Line, LLC and Ingrid Brown, an independent owner-operator of Rolling B LLC.

Weaver, who began her career as an over-the-road driver, has been a company driver for FedEx Freight for over 13 years. She has over 2 million accident-free miles and zero moving violations.

“I am so honoured to be recognized for this award,” said Weaver. “I love being a professional driver and [I] encourage any women who are considering this career to go for it!”

Weaver has a passion for driving. She regularly speaks at high schools and community colleges about the transport industry. In addition, Weaver is an advocate for Truckers Against Trafficking. She has been America’s Team Captain since 2019 and is a two-time winner of the coveted Bravo Zulu Award.

Says Ellen Voie, president and CEO of WIT, “We are proud to honour Nikki Weaver with the Driver of the Year Award. She consistently demonstrates a positive public image of the trucking industry through her safety standards and community involvement.”