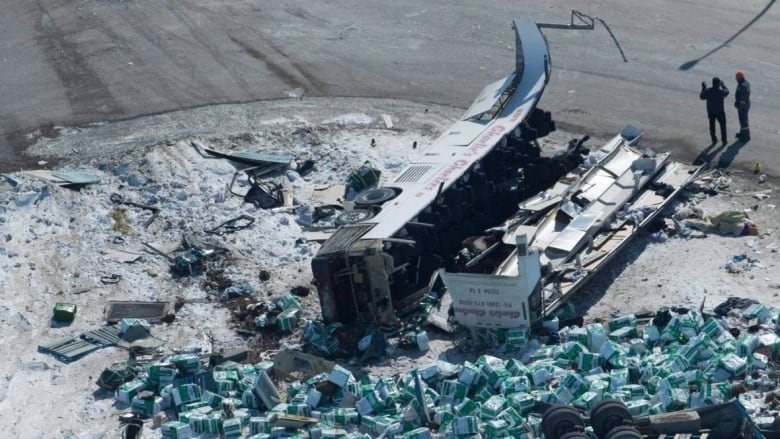 A prosecution document presented during the sentencing hearing for the truck driver involved in the Humboldt tragedy indicates he committed 70 log book violations during the 11 days leading up to the April 6 collision.

An RCMP Forensic Collision Reconstruction Report made available in court Jan. 28 revealed the violations, which were primarily for missing information in the driver logbook.

Several media outlets attending the hearing reported that a Saskatchewan government report said Jaskirat Singh Sidhu should not have been permitted to operate a truck when he ran a stop sign causing the collision with the Humboldt Broncos team bus.

Families of the victims are currently presenting impact statements in court as part of the sentencing hearing, which will conclude this Friday.

The Crown is asking for a 10-year jail sentence, followed by a 10-year driving prohibition