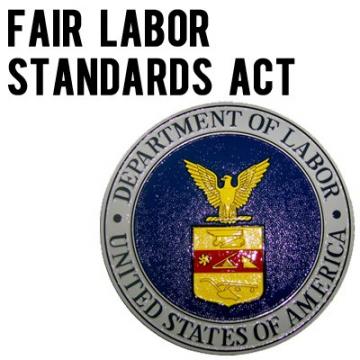 What started out as a misclassification case in a district court by a truck lease Independent Contractor, Dominic Oliveira, ended up in the Supreme Court with a huge win.  Wages were at the heart of his original lawsuit as trucker Dominic Oliveira alleged that New Prime Inc. violated the Fair Labor Standards Act (FLSA) and the state’s minimum wage statute. New Prime Inc claimed that since Dominic was an Independent Contractor, therefore he must go to arbitration and not through the courts.

The decision made by SCOTUS was not a direct ruling on his original misclassification, but rather a ruling exempting ALL transportation workers from being forced into arbitration.

The Supreme Court decision ruled that Dominic and ALL Transportation employees are Exempt from the Federal Arbitration Act and can indeed go through the courts. Because of the SCOTUS decision, Independent Contractors are no longer bound by the “secretive arbitration” which carriers have been getting away with for years. Dominic’s misclassification and wage suit will now be able to go back to court for for a misclassification and wage ruling.

Paid by the mile and regulated by a clock!  A most frustrating situation drivers face is the fact that they only paid for the miles they drive ( piece work wages) and yet restricted through Federal Regulations on how many hours they may legally drive and work to earn their wages.

Not only are drivers hours restricted, which by the way wouldn’t be quite so bad if their wages hadn’t been stymied for 30 years, but their ability to earn their pay remains under the control of employers, shippers, receivers, and FMCSA.

For decades now, drivers have been told, and have ACCEPTED, that their time is not valued, only the miles they produce are. This twisted norm has created an industry of abuse and exploiting beyond compare to any other industry.

This accepted practice of payment for “what you produce”, no matter how many hours it takes, has created an atmosphere of subservience, obedience, submissiveness and desperate attempts to get as many hours as they can in order to drive more miles to earn more  money.  As long as drivers are paid for mileage only, the employer is in control.

The more unpaid hours you work, the less valued you are

No Detention Time– Carriers will allow shippers and receivers to keep drivers waiting at docks for hours on end, eating up their clock, most often without wage compensation.  By the way, many time the Shippers & receivers pay the carriers detention time, but the driver does not share in this reimbursement.

Starved Out–  How many drivers have heard of the term “starved out”? This is a practice that keeps a driver waiting for days to receive a load, without being compensated for their time.  For those who are not in trucking, this term is designated to those employers who wish to end the employment of a driver, and rather than risk a possible retaliatory lawsuit, the carrier keeps them waiting for days for a load, eventually leading to paychecks of $100 or less. ( No miles produced while waiting=No $$$) After a few weeks of this, and the driver quits. They have been “starved out”

Another accepted practice within trucking, is waiting to be loaded or unloaded. Hours and hours wasted at the docks without pay, and yes, that Federal 14 hour clock and 60 hour 7 day clock is ticking. And if the driver runs out of hours while there, it’s too bad for many. You can’t take your 10 hour break there, you certainly can’t park. So it’s off trying to find parking while you’re either out of hours or about to be.  And the ELD will let you know! No more paper logs to “fix” the Broken System which the trucking industry and the FMCSA has created.

But the GOOD NEWS IS Courts are applying laws

The courts are now realizing that there are LAWS in place to stop the abusive behavior. Court Cases are now ensuring truck drivers are to paid for time spent on the road.