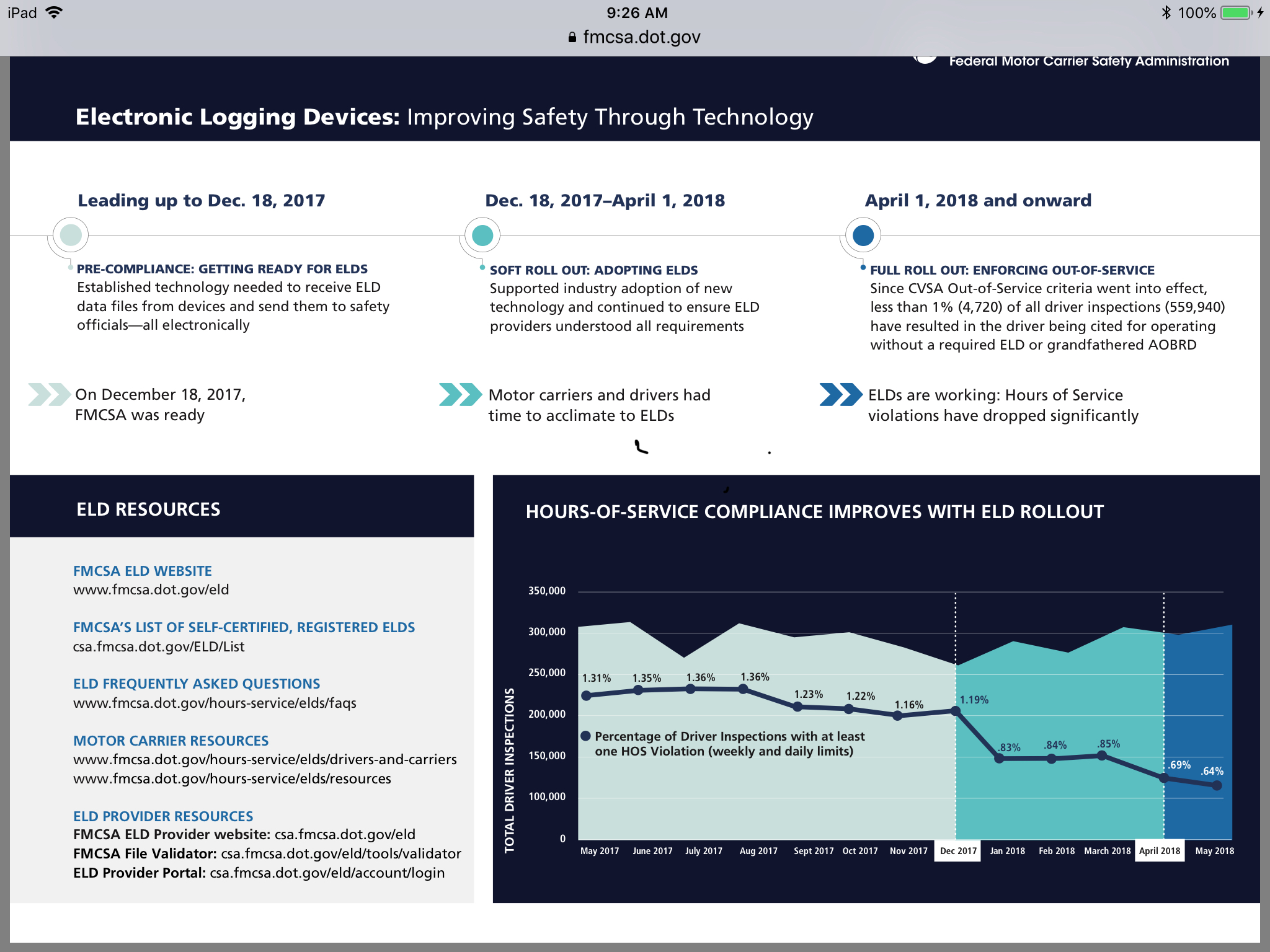 The Agency has posted a new infographic on its website and plans to update it monthly, saying it’s a “snapshot of the positive impact electronic logging devices are having on improving hours-of-service compliance on our nation’s roads.”

Since the ELD mandate became fully enforceable April 1 after a soft enforcement period of nearly four months, less than 1% (4,720) of all driver inspections (559,940) have resulted in the driver being cited for operating without a required ELD or grandfathered AOBRD, the agency reported.

The rate had dropped to .83% in January and stayed in that range until the full enforcement began in April, when it then dropped to .69%.

Even so, trucking interests say the ELD mandate shows some of the operational difficulties with the current hours of service rules, and are optimistic Congress will pass legislation to relieve the burden. One recently proposed bill, the Honest Operators Undertake Road Safety, or HOURS, Act (H.R. 6178), could provide HOS flexibility for some truckers.