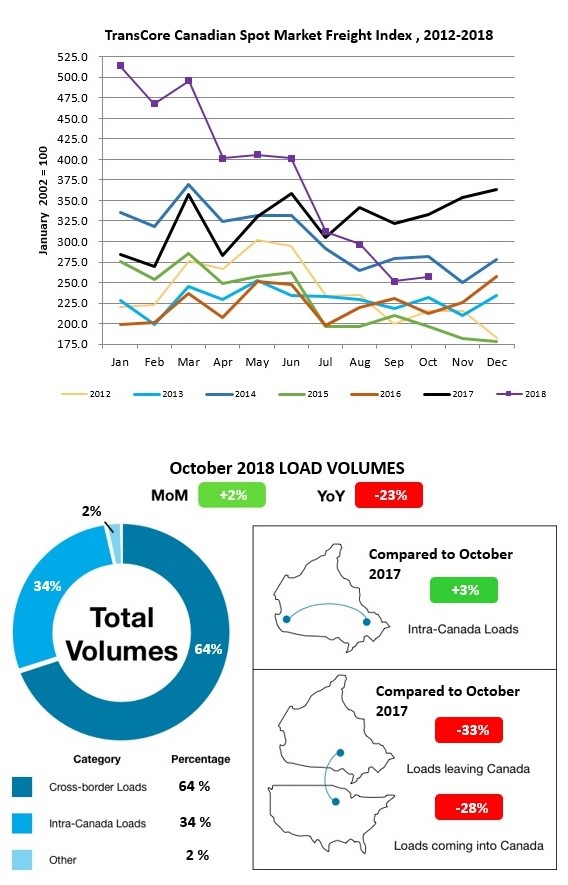 Capacity Up in Canada

According to TransCore Link Logistics, There were more trucks chasing every load in the Canadian spot market in October than in the previous two years.

October load volumes were up 2% from September, with volumes down 23% year-over-year.

Intra-Canada loads accounted for 34% of total volumes and were up 3% year-over-year. Cross-border load postings were down 33% y-o-y (southbound) and 28% y-o-y (northbound).