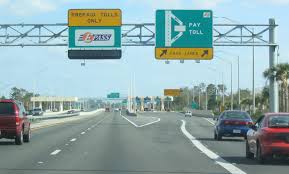 On March 28, ATA filed a notice of appeal to the U.S. Court of Appeals First Circuit. The appeal is ATA’s reaction to a March 19 decision by a federal district court in Rhode Island. The district court ruled in favour of Rhode Island DOT Director Peter Alviti Jr. to dismiss the case because of lack of jurisdiction.

ATA originally filed the toll lawsuit complaint on July 10, 2018. On Aug. 24. Alviti filed the motion to dismiss. Since then, the two parties have been going back and forth in the court procedures. On March 19, Judge William E. Smith ruled on Alviti’s motion.

In his motion, Alviti claims that the tolls are considered a tax under state law per the Tax Injunction Act.  Consequently, a federal court will be the wrong venue for the lawsuit. Even if the tolls are not considered a tax, Alviti argues that “principles of comity and federalism nonetheless require the court to decline to exercise its jurisdiction.”

Furthermore, Alviti evokes the 11th Amendment, which states that federal courts do not have jurisdiction over lawsuits brought by private citizens of other states against another state.

In his 17-page opinion and order, Judge Smith had to determine whether or not a toll is considered a tax or a fee. One case study ruled a toll a fee when it “compensates the owner of something for use of that thing by another – a ferry, a private highway – or to compensate a person for certain improvements to property made by him.”

However, a toll can be considered a tax when it is essentially a revenue-generating mechanism that is imposed on a broad class of people and is used in lieu of other government revenue sources which would be needed to fund necessities like roads and bridges.

“Here, the facts are clear that the fees, while dubbed ‘tolls,’ are really a highly targeted and sophisticated tax designed to fund infrastructure maintenance and improvements that would otherwise need to be paid for by other forms of tax-generated revenue,” Judge Smith wrote.

The court concluded that Alviti’s claim under the Tax Injunction Act is valid and therefore granted his motion to dismiss for lack of jurisdiction. This essentially dismisses the federal court and turns the toll lawsuit into a state case to be heard in the courts of Rhode Island, which could be considered a more favourable venue for the state.