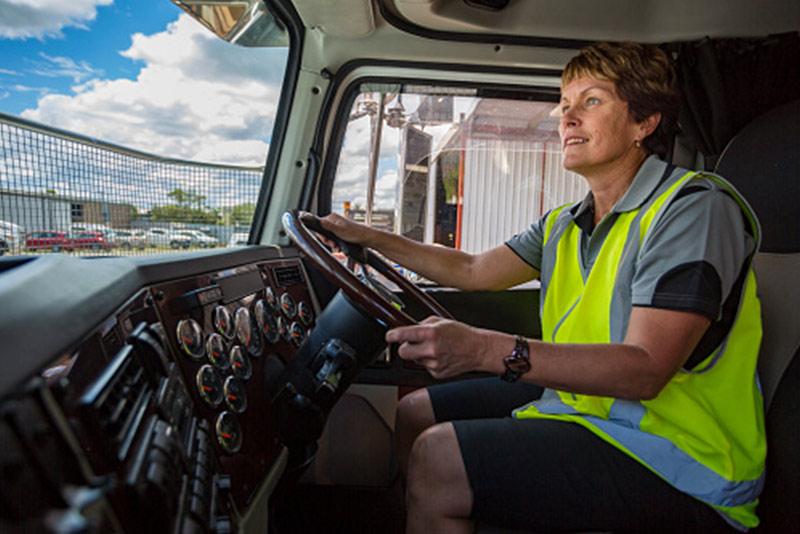 Women Are Increasing Their Numbers In The Transportation Industry

Women In Trucking Association exists to increase the number of women employed in the trucking industry. Knowing that, in order to improve something it must be measured, WIT partnered with the National Transportation Institute to develop the WIT Index to monitor the percentage of female drivers and leaders within the industry.

The NTI is a top research organization that surveys hundreds of trucking firms for data regarding driver wages, benefits, retirement plans and more. Each quarter they aggregate the data and provide it to carriers for benchmarking and forecasting.

Last year the NTI added two questions to their list of research responses to assist WIT in tracking the percentage of female drivers at firms as well as the percentage of their leadership team that is comprised of women. In January of 2017, we reported that women comprise over seven percent of female over-the-road drivers and 23 percent of management.

These numbers differ from the Department of Labor which tracks women employed as “driver/sales workers and truck drivers.” The NTI figures track over the road drivers specifically.

The surprise is in the number of carriers who are now reporting these numbers. In the past two years, there has been a 19 percent improvement in those companies tracking the percentage of female drivers and managers. This means that more companies are actually monitoring these figures and can benchmark with other carriers in the industry. For those companies who participated in the research, over 25 percent of the carriers surveyed reported nearly a thirty percent average increase in their female driver population.

“Confidentiality is guaranteed and is also why we’ve been a trusted resource in the transportation industry since 1995,” said Leah Shaver, Chief Operating Officer at NTI. “We do not share WIT Index participant data or names with anyone, without their permission.” Shaver added. To include your company profile please visit https://www.driverwages.com/wit-index/.

Contributing carriers will not be specified within the index and will receive a copy with aggregated results by region and fleet size.

Women In Trucking has also partnered with the Memphis University to track the percentage of women who serve in management and on the boards of publicly traded carriers. Of the sixteen organizations, twelve, or 75 percent, have female directors, a slight increase from 2016.

This index of publicly traded carriers also tracks the percentage of women holding executive positions. Only six of the fifteen companies showed women in management roles, which was unchanged from 2016.

This year’s index names ArcBest, led by CEO Judy McReynolds, as the leader in both groups with 28 percent female executives and 33 percent of the board of director seats held by women.