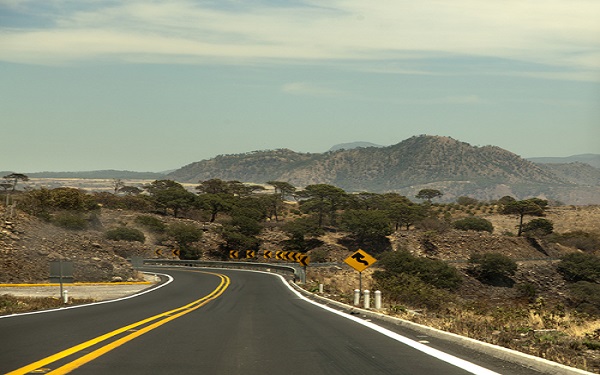 A long-running dispute might be reignited in the near future thanks to the trade deal reached between the U.S., Mexico and Canada. Officially called the United States-Mexico-Canada agreement, the deal is supposed to replace the North American Free Trade Agreement. Assuming the deal is ratified, the three countries should be able to get back to more normal trade relationships soon.

While most of the deal is an update to NAFTA, there is one paragraph that could disrupt cross-border trade via truck.

Annex II of the agreement includes a Land Transportation section that states:

There is also no reciprocal language for U.S. trucks entering Mexico.

While this doesn’t implicitly state that the U.S. would halt the current cross-border trucking program, which allows approved Mexican-based carriers to operate outside the current commercialized zone along the border, it does seem to suggest that the U.S. could end the controversial program if it chooses.

That would be a win for the Teamsters and other anti-Mexican trucking groups. There is speculation that once the agreement is formally approved, the Teamsters may make a renewed push to get Mexican trucks off U.S. roads for good.

Reports out of Mexico are that the Cámara Nacional del Autotransporte de Carga, the Mexican equivalent of the American Trucking Associations, is lobbying the incoming government of president-elect Andrés Manuel López Obrador to ensure that the status quo remains for Mexican trucks. Lopez Obrador takes office on Dec. 1. The U.S. and Mexico want to get the deal officially approved before then.

Under current rules, authorized Mexican trucks are allowed to travel into the heart of the United States to move loads. They then must immediately leave the U.S., although they can reload at their destination point. The ability of Mexican trucks to operate in a commercialization zone along the border remains unaffected.

If the new deal ultimately results in a cancellation of the long-haul Mexican truck program, it could cause disruptions in the supply chain, in part because of the complex process of moving cross-border freight, and in part because both the U.S. and Mexico are facing a lack of drivers.

The ability of Mexican-domiciled motor carriers traveling on U.S. highways has been a long-debated and legislated affair. Back in 2007, the U.S. sought to solve a technical violation of NAFTA by allowing Mexican carriers to operate on U.S. roadways under the Cross-Border Trucking Demonstration project. At that time, and still to this day, Mexican trucks can operate anywhere within a 25-mile border zone, but they can’t leave that area.

The introduction of the demonstration project sought to correct what many said was a violation of free trade under terms of NAFTA. The U.S. lost a court battle over it and the demonstration pilot was the result. It was heavily criticized by those who claimed that Mexican carriers were unsafe, drivers were not qualified, and they would take U.S. truck driving jobs.

At the conclusion of the three-year project, which ended in 2014, Congress declined to fund a permanent program, effectively ending the ability of Mexican trucks to haul goods much inside the border regions. Mexico retaliated with a $6 billion and over $2 billion in tariffs on U.S. goods, mostly agricultural products.

Eventually, the two countries reached a settlement that allowed approved Mexican carriers to operate in the U.S. assuming their vehicles and drivers met all U.S. regulations, including driver drug testing, as of 2015. The vehicles were even required to have electronic logging devices installed before they were mandated for U.S. carriers.?