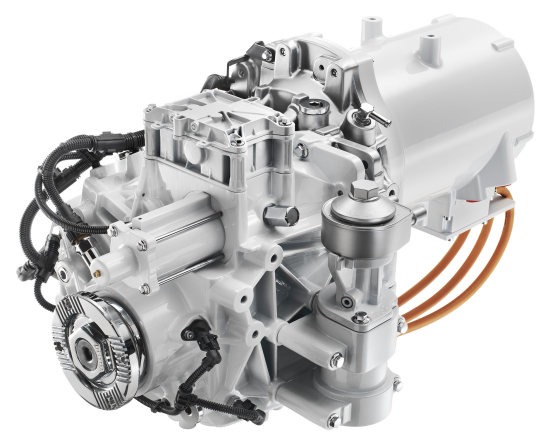 Volvo Plans for 2019 sales of electric commercial trucks in Europe

Last Year Volvo Car Group announced starting in 2019 that it would no longer introduce passenger vehicle without an electric motor. It would, however, continue to make existing models that do not have electric engines.

Volvo Trucks is initially focusing its electric commercial vehicle development on local delivery and shorter distance applications. In those cases, no public charging infrastructure is needed because the trucks can return to a central terminal to recharge.

Volvo Trucks has drawn on expertise of another division of Volvo Group, sister company Volvo Buses. The company reports Volvo Buses has sold more than 4,000 electric buses since 2010.

Volvo Trucks has begun production of two fully electric commercial vehicles for European markets in 2019, and dealers and media got a chance to see them and get behind the wheel of one of them June 20.

The Volvo FL Electric has designed for urban distribution and refuse operations. Two 16-ton FL trucks were available for test drives, one with a delivery truck body and the other with refuse collecting equipment.

Customers have been lined up for these first two trucks. Both are based in Gothenburg. Refuse collection and recycling company Renova will take delivery of the refuse hauling truck, and the delivery truck is going to transportation company TGM, which hauls for DB Schenker, a division of the German rail operator Deutsche Bahn AG that focuses on logistics.

Volvo also has begun production of the FE Electric for 2019 sales in Europe. It is a heavier truck designed for city distribution and refuse transport operations.

Volvo’s focus is on Europe, for now. There are many hurdles to clear before bringing their electric commercial vehicles to North America, although there seem to be opportunities on the West Coast, said Magnus Koeck, Volvo Trucks North America vice president of marketing and brand management.

Volvo does not think electric commercial vehicles are a passing fancy. Eventually, they will replace diesel vehicles, Koeck said. It is a matter of time.

However, in the case of long-haul trucking, it is a matter of quite a bit of time due to the weight of the batteries needed, the distances to be traveled and lack of charging infrastructure.

“For long-haul, for sure, it is going to take a long time,” Koeck said.

The smaller FL Electric has a single electric motor with 185 kW maximum power, producing about 250 hp. It has continuous power of 130Kw (174 hp). It has a range up to about 124 miles. Range is variable depending on battery configuration.

The trucks can be equipped with up to six lithium-ion batteries. Each battery weighs about 1,100 pounds. Because of the weight, it is important to gauge need and use only what is needed.

If a company relies on 10-hour overnight DC charging, very little in the way of charging equipment is needed. If a company has a shop with a welder, it already has pretty much what it needs.

The quiet vehicles make night deliveries more feasible because they would not upset sleeping public. That could relieve traffic congestion during the day. Quieter commercial vehicles also would have less effect on property values on delivery routes.