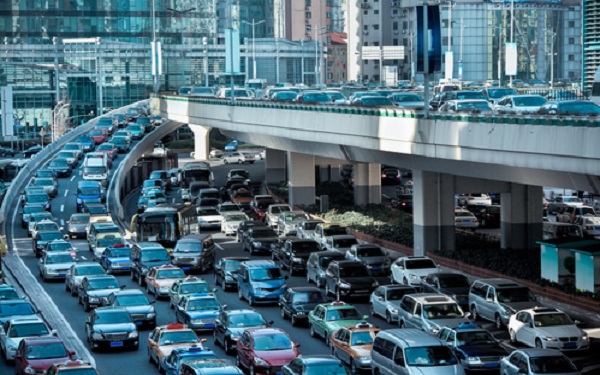 Traffic congestion on the U.S. National Highway System added nearly $74.5 billion in operational costs to the trucking industry in 2016, a 0.5 percent increase over 2015, according to research released today by the American Transportation Research Institute.

In this latest Cost of Congestion analysis, ATRI utilized a variety of data sources including its unique truck GPS database to calculate delay on just the NHS totalling nearly 1.2 billion hours of lost productivity. This equates to 425,533 commercial truck drivers sitting idle for a working year.

Moreover, congestion costs are increasingly concentrated on a relatively small proportion of the NHS – 86.7 percent of total nationwide congestion costs occurred on just 17.2 percent of NHS segment miles. These NHS segments are characterized as having above-average costs in excess of $155,000 per mile during 2016, and are predominantly located in densely populated urban areas. As expected, traffic congestion tended to be most severe in urban areas, with more than 91 percent of the total congestion costs generating from metropolitan areas.

ATRI’s analysis also documented the states, metropolitan areas, and counties that were most impacted by these delays and subsequent cost increases. The top 10 states experienced costs of more than $2.4 billion each, led by Texas and Florida with over $5.5 billion each. In fact, the top 10 states combined account for 51.8 percent of the congestion costs nationwide.

“Perhaps no other issue has as great an impact on this nation’s supply chain as traffic congestion. In the face of growing and pervasive congestion, not only does the trucking industry lose billions annually but ultimately the consumer pays the price through higher prices on the shelf,” said Benjamin J. McLean, Ruan Transportation Management Systems Chief Executive Officer. “Doing nothing to address the state of our nation’s infrastructure will create a significant impediment to the growth of our economy.”

As part of this analysis, ATRI has updated its congestion cost database with 2016 data to provide granular cost information to transportation planning officials on the hours of delay and associated cost by major jurisdiction type and road level.