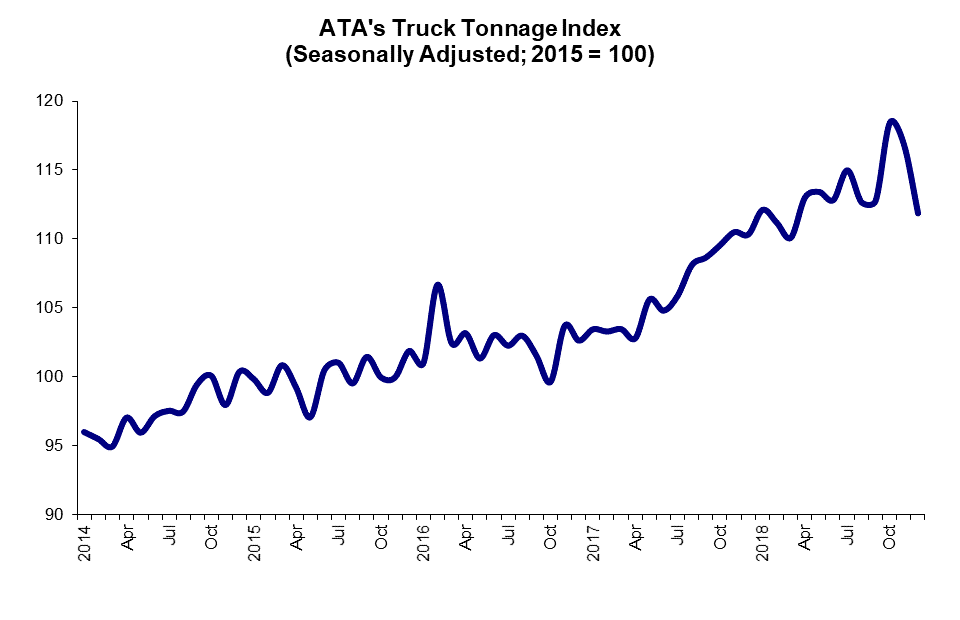 Truck Tonnage Has a Strong Year

That marked the largest annual gain since 1998 and was much stronger than the 3.8% increase in 2017.

“The good news is that 2018 was a banner year for truck tonnage, witnessing the largest annual increase we’ve seen in two decades,” said ATA chief economist Bob Costello. “With that said, there is evidence that the industry and economy is moderating as tonnage fell a combined total of 5.6% in October and November after hitting an all-time high in October.”

November’s change was revised down to -1.3% compared to October. December’s tonnage was up 1.4% year-over-year, the smallest such increase in 2018.