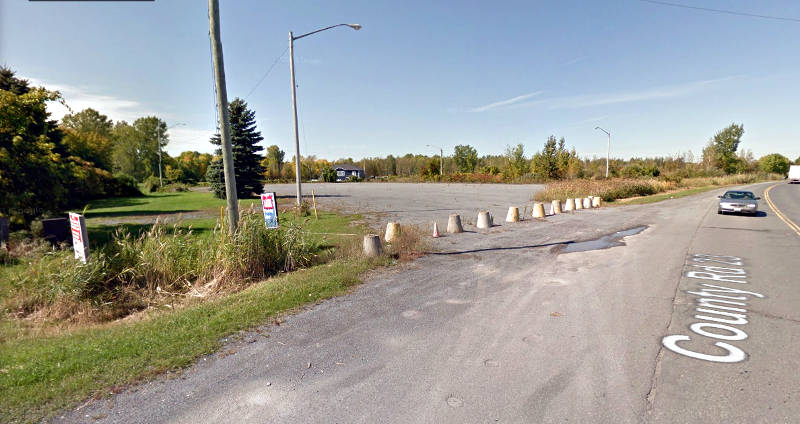 Truck Stop in Bainsville Gets Approval to Build in 2019

South Glengarry council has given final approval for plans to build a truck stop on County Road 23 near Bainsville next year.

It will be on west side of County Road 23 – better known as 4th Line Road (6100 4th Line Road) – right across the street from the Curry Hill Truck Stop – and next to the Highway 401 interchange.

South Glengarry planner Joanne Haley told council recently that the project is over three years in the making but was sidelined when one of the five company partners died and the Ontario numbered company had to reorganize. The owner is listed as Harminder Sandhu with four business partners – Jasbir Singh Dhesi, Harbinder Dhesi, Inderpal Sandhar and Gursharn Dhugga.

“This is the first phase of a few other ideas that are proposed for the site, which is exciting for us because their goal is to develop the whole 15 acres,” Haley said.

“Everybody would probably remember this property as the former drive-in that used to be on 4th Line Road,” she said.

Haley believes it will alleviate complaints in Eastern Ontario about the lack of adequate parking for large trucks.

Construction is likely to start in the spring and Haley said the company is working with another firm to look as possibly starting with some winter construction. The second phase, if it happens, wouldn’t be until “later 2020,” Haley said, although there is no guarantee subsequent phases would be built.

South Glengarry council signed off last week on the final site plan, which had been delayed a couple of weeks to deal with a paving issue.