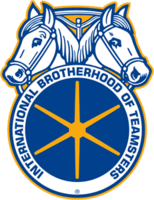 The Teamsters filed a petition against the FMCSA and the U.S. Department of Transportation on Feb. 6 in the U.S. Court of Appeals for the Ninth Circuit. The lawsuit requests the court to reverse the decision in its entirety.

“We are standing united in opposition to this decision,” James P. Hoffa, Teamsters general president, said in a news release. “Highway safety for Teamster members and the public must never be put at risk just so that transportation corporations can eke out a little more profit.”

FMCSA announced its decision on Dec. 21, saying that the California law is “incompatible” with federal hours-of-service regulations and that caused a safety issue.

“Safety is FMCSA’s top priority and having uniform rules is a key component to increasing safety for our truck drivers,” FMCSA Administrator Ray Martinez said in a news release. “During the public comment period, FMCSA heard directly from drivers, small-business owners and industry stakeholders that California’s meal and rest rules not only pose a safety risk but also lead to a loss in productivity and, ultimately, hurt American consumers.”

California’s meal and rest break laws generally require employers to provide employees with an off-duty 30-minute break for every five hours worked and a 10-minute off-duty break for every four-hour period. The law has led to numerous class action lawsuits against trucking companies.

Teamsters Local 848, which represents about 7,200 workers in Southern California, is also a petitioner in the lawsuit.

“A safe driver is a driver who can take 10 minutes off after four hours of driving, and who can have something to eat during a long work day,” said Eric Tate, secretary-treasurer of Local 848. “The industry would rather see drivers never take a break or attempt to eat while driving. This will cause accidents, major and minor. California has held a higher standard for years, and it shouldn’t be taken away.”