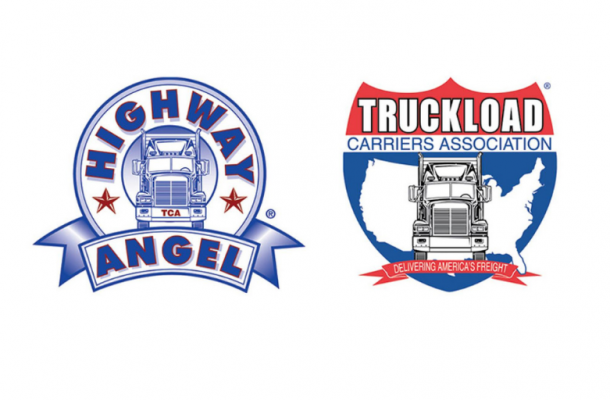 Three new truck drivers have been recognized by the Truckload Carriers Association (TCA) as ‘Highway Angels’ for exhibiting ‘exemplary kindness, courtesy and courage’ when they were on the road and stepped in to help someone in need. The TCA’s Highway Angels program has been recognizing truck drivers for their acts of kindness for over 20 years.

This year’s three honoured drivers include; Brian Snell, Terry McKnight, and Jared Flach. Continue reading to hear the heart-warming stories that landed each man on this year’s list of Highway Angels.

Brian, a driver for Pottle’s Transportation of Hermon, Maine, spotted a car spinning out of control on June 8 and used his truck to block oncoming traffic to help protect the disabled vehicle. He then ran out to find the driver unconscious and began to resuscitate her as Snell was previously a paramedic. The passenger’s engine lit up in flames, engulfing the entire vehicle, which Brian Snell took out with his fire extinguisher. Thankfully, the young woman survived the accident.

Terry was on I-75 in Cincinnati last October when a speeding car tried to cut to the middle lane, not leaving enough room and hitting another car from the behind. This crash caused the other vehicle to spin out and face oncoming traffic. The speeding vehicle flipped over and slid down the lane on its roof before it finally came to a halt.

McKnight shielded the vehicles from oncoming traffic with his truck and helped the drivers escape from the wreckage of the accident. Terry McKnight was the only bystander to stop and help the motorists that day.

Jared Flach (who drives for Groendyke Transport based out of Oklahoma), was hauling a full load in Pensacola, Florida last year when he noticed a vehicle on fire further down the highway.

As a former fireman and EMT, Flach approached the vehicle with his fire extinguisher and noticed a conscious and injured man pinned between the steering wheel and the front seat of his car. Jared then helped to buy time before the vehicle’s engine may explode by spraying his fire extinguisher toward the hood of the car, along with the help of a fellow motorist, and rescued the man from the vehicle.

As Jared Flach approached the car, he noticed another woman on the ground and brought her to safety, waiting for the first responders. Thanks to Flach and the other motorists, both the man and woman survived the accident.