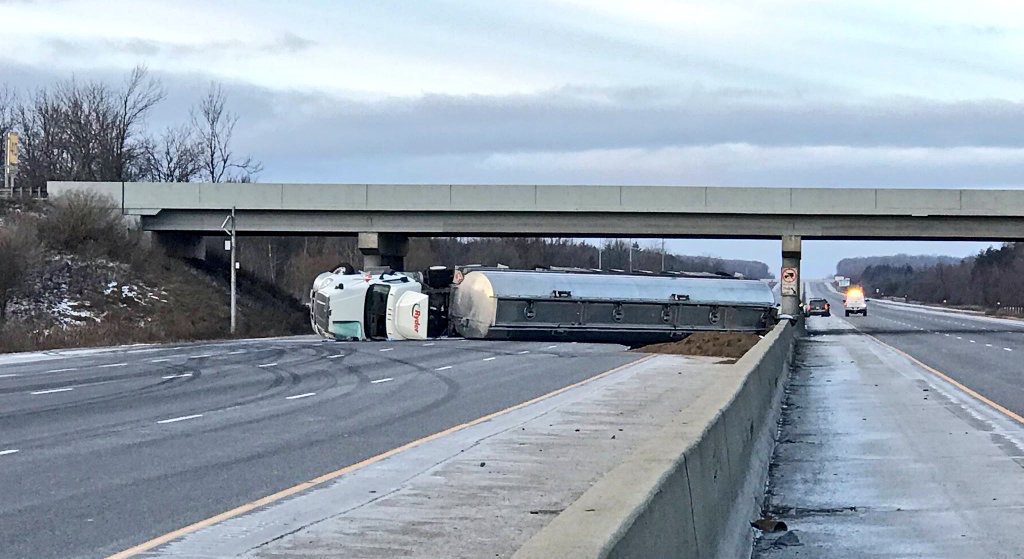 Provincial police say a crash involving a  tanker truck carrying jet fuel has forced the closure of Highway 401 in both directions near Cambridge, Ontario.

Const. Robert Visconti says the truck was carrying 50,000 litres of highly flammable jet fuel when it rolled over early this morning after colliding with another vehicle in the eastbound lanes.

He says the crash happened just before 2 a.m. and fuel spilled across both the eastbound and westbound lanes of the highway.

Visconti says the highway was closed between Highway 6 South and Townline Road.

The cleanup took much of the day and the highway and re-opened late Sunday evening.