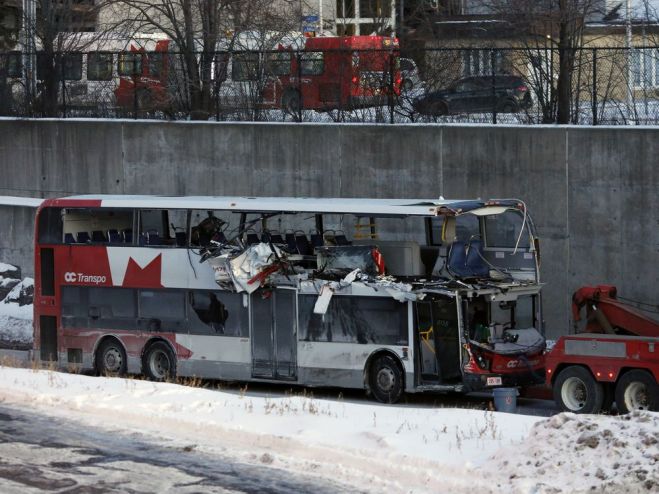 Aissatou Diallo, a driver who had been on the job for less than a year and remains on probation, was driving OC Transpo bus 269 en route to Kanata’s Bridlewood neighbourhood from downtown on Friday when the bus crashed into the overhang of the bus shelter at Westboro station just before 4 p.m. The overhang sliced through the upper level of the double-decker bus. Three people were killed and 23 were injured. Police say the 90-passenger bus was almost at full capacity.

Diallo was arrested at the scene, taken to police headquarters on Elgin Street and questioned before being released unconditionally Friday night.

This is the second catastrophic incident involving double decker buses in five years.  In 2013, there was an horrific crash between an OCTranspo bus and a Via passenger train in which six people died.  This single vehicle collision has killed three.