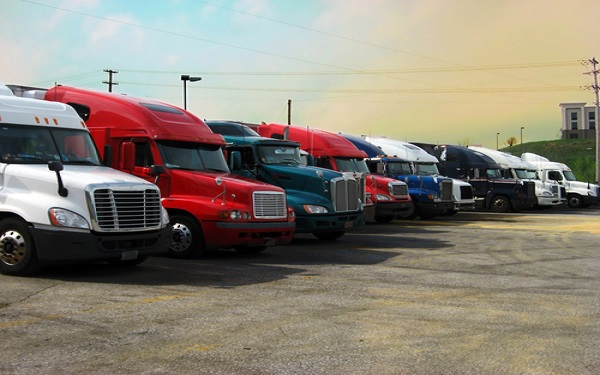 Small Business in Transportation Coalition President James Lamb and his non-profit transportation industry trade group, which operates through the domain “Truckers.com,” are confronting and reporting to the Federal Government those officials in cities across America who Lamb says are harassing and endangering interstate truck drivers – who cannot find safe places to park overnight – in violation of their Constitutional rights.

In an October 18, 2018 email to Midland Texas City Councilman J. Ross Lacy, Lamb lambasted the city official’s August 2018 public comments about trucks parked at a Walmart within the city’s limits.

“I understand that during a ride-along with Midland Police on Tuesday, August 14, 2018, you spotted several trucks parked at a Walmart lot off of I-20 where you called the parked trucks ” just completely disgusting” and said, “What we need to do is step up our enforcement, have the laws on the books that allows our police department code officers to go after these 18-wheelers,” Lamb wrote to Lacy.

“On behalf of the trucking industry, I want you to know that we find it highly offensive, insensitive and– to use your words ‘completely disgusting’– that an elected city government official would politically attack truckers who supply your city with everything from groceries to clothing to building materials. Be advised that truckers across America are becoming aware of your city’s NIMBY hostility toward truckers on social media and your complete wanton disregard for their personal safety… What you obviously should be doing in accordance with Jason’s Law is working with the rest of the country to create safe truck parking facilities for truckers as a way of addressing your new favourite issue of ‘illegal truck parking.’ In launching this campaign that we believe entails using city police to harass truck drivers who cannot find legal places to park because your city has not planned accordingly to accommodate visiting trucks delivering to your city, we believe you may very well be responsible for the next trucker attack or murder. We find that absolutely reckless and believe your city may very well have risk exposure for liability should an incident like that happen. If it does, SBTC will be there for the trucker and his family.”

A day later, Lamb sent an email to city officials in Olathe, Kansas echoing his remarks to Midland officials, adding:

“As your city seems to share Midland’s disdain for truckers and trucks and a general lack of concern for truck drivers’ safety, Truckers.com will make sure America’s 3.5 million truckers get the memo…Moving forward, once the word gets out, you and your residents might need to drive over to Overland Park to buy your toilet paper.”

Lamb points to a Federal Law that requires the states to increase safe truck parking facilities called “Jason’s Law” named after Jason Rivenburg, an interstate trucker who was murdered at an abandoned gas station in 2009. The legislation calls on the states and municipalities to create and expand safe truck parking facilities to prevent further incidents.

“What these cities fail to recognize is that over-the-road truckers essentially work and live on the road. Unlike city councilmen, who return to the comfort and safety of their residential buildings at night after their work day, the truck is truck drivers’ home-away-from-home. Male and female truckers make a unique sacrifice of being away from their families to supply America. They usually sleep alone in their sleeper berths inside their vehicles at night without the lawful right to carry firearms interstate to protect themselves. They are targets by those who prey on the vulnerable. In fact, according to U.S. Department of Labor statistics, more than 600 Americans working in interstate transportation have been murdered on the job over the past decade. Cities that fail to provide safe parking accommodations for truck drivers are essentially violating their 14th Amendment right, which holds that no state shall deny to any person within its jurisdiction the equal protection of the laws,” Lamb stated.

Lamb said he started the “Trucker Lives Matter” movement in 2017 in an effort to bring about awareness of violence against truckers and to secure Federal legislation that would allow truckers– and all Americans– to carry firearms to protect themselves when traveling from state-to-state pursuant to Congress’ authority to regulate interstate commerce. The National Rifle Association has taken interest in Lamb’s efforts. NRA’s interview of Lamb appears on the TruckerLivesMatter.com homepage.