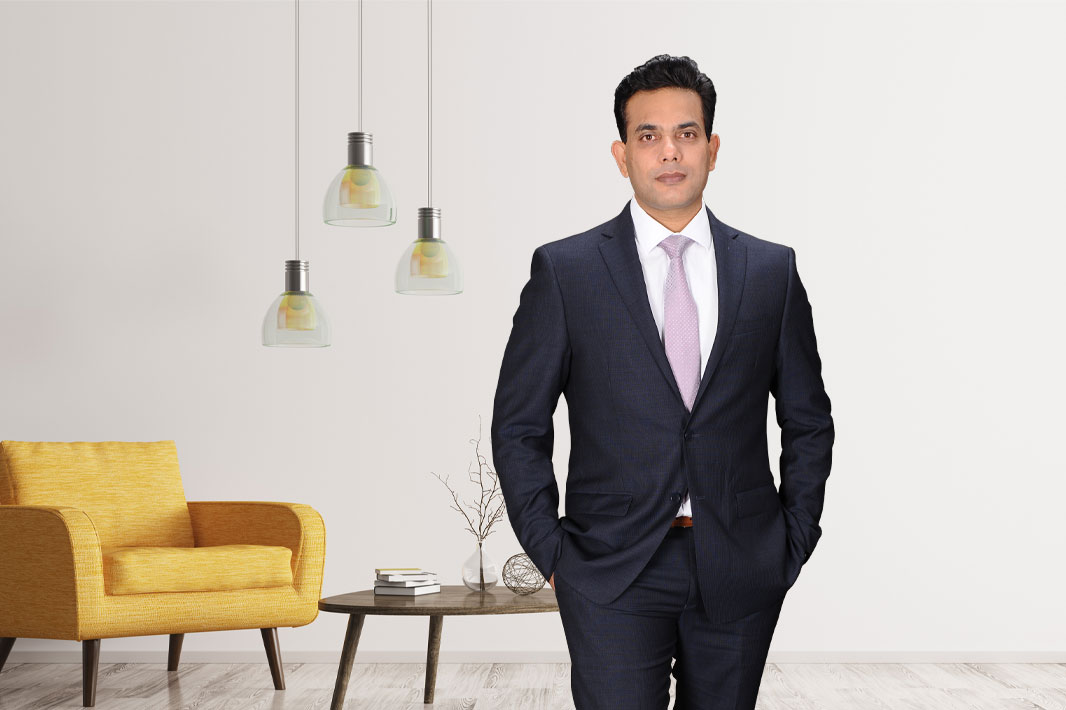 Born in Mudki, Ferozepur, in the state of Punjab in India, Pardeep arrived in Canada in 1995. He settled in Abbotsford and worked in a berry farm for sometime, until he got a job at a local mill. Unfortunately, he hurt his neck at the mill and could not work further. He thus circled back to complete his education.

Pardeep, together with his parents and brother, bought a house. They rented part of their house to a person working in the trucking industry. Interactions with his renter gave Pardeep knowledge and developed his interest in the industry. It was in the year 1997 that Pradeep got his Class 1 driving license. He drove as an owner operator until 2006.

In 2006, Pardeep incorporated Triple Eight Transport Inc. in Abbotsford, British Columbia. The unique name of this business entity has a meaningful origin. On November 8th, Pardeep met his wife Deepti; they were married on December 8th, and on 26th August – the numbers add up to 8 – they were blessed with their first child, Sourav Arora.

Pardeep’s vision to build Triple Eight Transport Inc. as one of the top companies of Canada, combined with his ability to think long term and not to be beholden to short-term profits, laid the foundation of this recognizable and exemplary Canadian company. Pardeep slowly began building his fleet of dry and reefer vans. Pardeep also expanded his customer base and operations in both Canada and the United States of America. The strength of any company trying to accomplish their leader’s vision depends on a team that has diversity of thought, perceptions and experiences. Pardeep says, “I look for people with qualities and backgrounds that are an addition for the team as well as the company’s vision. Also, I look for optimistic team members who are keen learners.”

Pardeep’s team is a committed team. They are experts in logistics and transportation services and manage the business in a safe and efficient work environment. They maintain the best work and ethical practices and maintain high safety standards. The company has an established Human Resources department to help resolve any concerns an employee may have. Pardeep is a leader who seeks his team members’ ideas and contributions and provides his team the recognition due to them for their contributions. He believes in empowering his staff at all levels. The success of Triple Eight Transport Inc. is based on the strong beliefs of Pardeep’s team in his mission.

There are very few business leaders who are able to balance the short-term objectives with the long-term vision of the company. In addition, few leaders realize the significance technological advancements have in the long-term horizon that they’re willing to sacrifice things. The 2016-17 financial year was a special year for Triple Eight Transport Inc., as Pardeep decided to take his company to the next technological level. Pardeep knew well that he needed to innovate in order to build the brand and stay ahead of the competition and he took a fearless decision with significant investment. His entire fleet was equipped with Electronic Logging Devices and became a fully ELD compliant carrier. Various automation processes starting from trailer tracking, temperature monitoring alerts, GPS live truck tracking, online tracking system (OTS) customer portal for real-time live shipment tracking, and a better billing system to meet individual customer billing needs were put in place to provide an improved customer service, and become even more efficient, in handling freight services.

Another important decision Pardeep took was to move his company to a new facility at 30697 Marshall Road, in Abbotsford. It is a massive location, that accommodates staff, trucks, and trailers. At the opening of this magnificent office, the Mayor of Abbotsford, Henry Braun, and Member of Parliament, Ed Fast, also graced the occasion.

Pardeep leads a team of over two hundred employees. His company engages with more than one hundred and sixty trucks and three hundred trailers. They also have offices in Edmonton and Calgary. His company is serving some of the top brands in Canada. Today, the company is in a very strong position and is a blooming and successful business.

There are issues that Pardeep points out for those in governance to ponder over. He suggests that the province of Alberta has developed better process and supply chain for trucking industry. The province has invested in building trucking friendly infrastructure such as good roads, availability of industrial land and proper truck stops. These infrastructure facilities surely help the trucking industry. British Columbia’s government should adopt similar policies like that of Alberta. He also suggests that the new tax on businesses with a higher payroll than half million should be decreased.

Pardeep lost his father, Hemraj Arora, at a point in his life when he was still young and had not built his business. His desire to share his success with his father remained incomplete. He was really attached to his father and learned a lot from him and most importantly, learned to be resilient and ethical, in any situation. His mother, Sheila Vanti Arora, showers her blessings on him at every step. From the days of having an office in the basement to a mega office, Pardeep has been supported by his wife Deepti Arora who has always understood him at every stage. A well qualified lady, she took care of the family home, children and business. Pardeep says, “Business and family could not have been successful if Deepti was not there.” They both are blessed two boys Sourav, fifteen years old and Karan, thirteen years who both excel in their studies. For Pardeep, his core family, wife and children, along with his Triple Eight Transport Inc. family, mean the world to him!

When asked what would he like to say to our readers, he replied,

“Always take care of your team. And always remain honest and committed to work.”