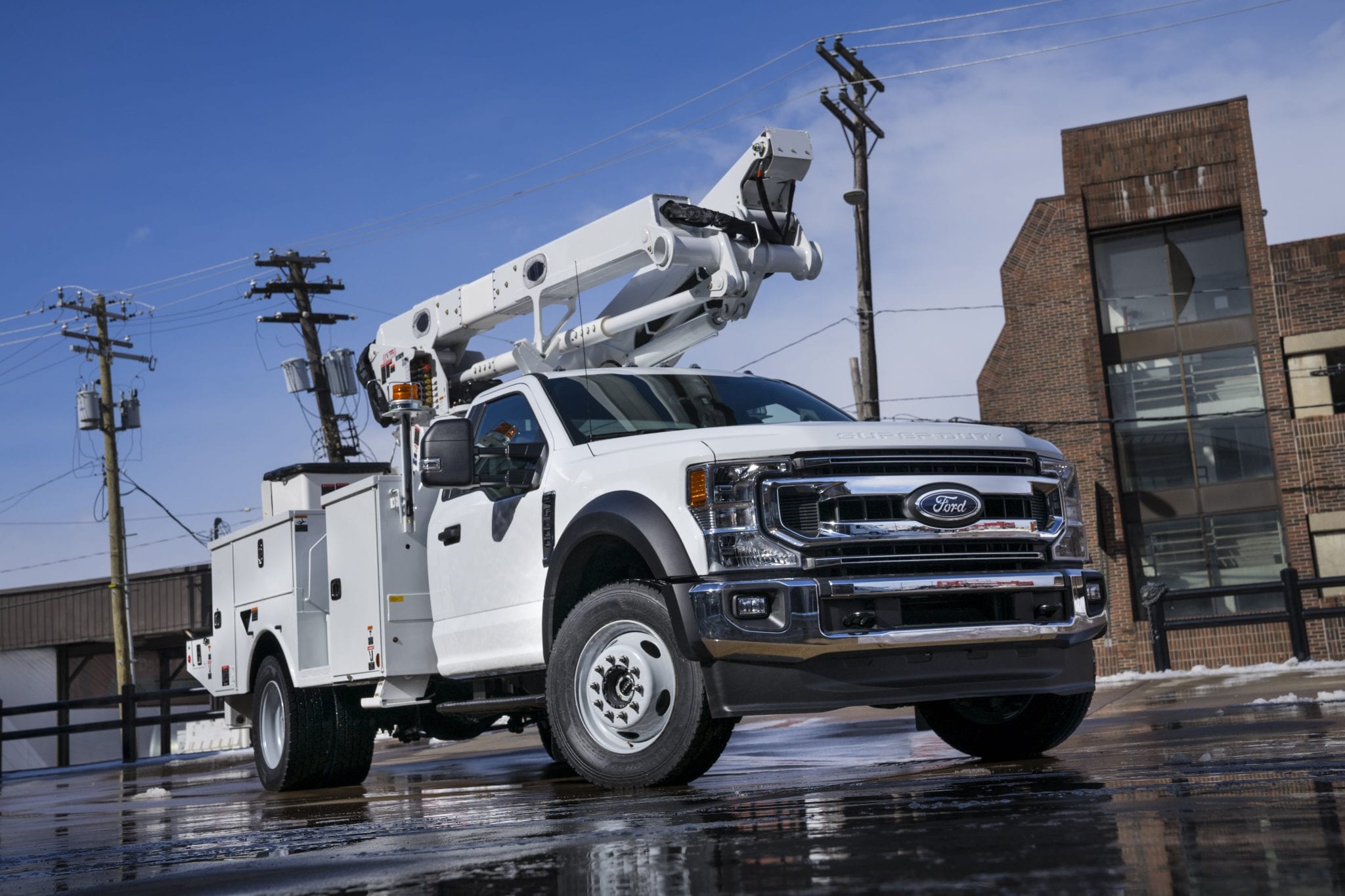 Ford unveiled several of its refreshed trucks and debuted the all-new F-600 Super Duty chassis cab, a Class 6 truck designed to have a smaller feel, during the NTEA Work Truck Show at the Indiana Convention Center on Tuesday night.

“It’s not every day that you add a nameplate to the iconic F-Series. It’s a big deal,” Mike Pruitt, the Ford Super Duty chief engineer, said during a Ford media preview in Detroit in February. “This F-600 hits the sweet spot in the market… Customers no longer have to choose between a truck that doesn’t have enough payload or a truck that’s too big.”

F-600 works like a Class 6 truck – it has a maximum GVWR of 22,000 lbs. – but comes in a Class 5 Ford Super Duty package. It’s designed for commercial customers who want additional payload or need to mount heavier upfits but don’t want to move into a larger truck. Ford designed the F-600 for those who wanted an F-550 cab with an F-650’s power.