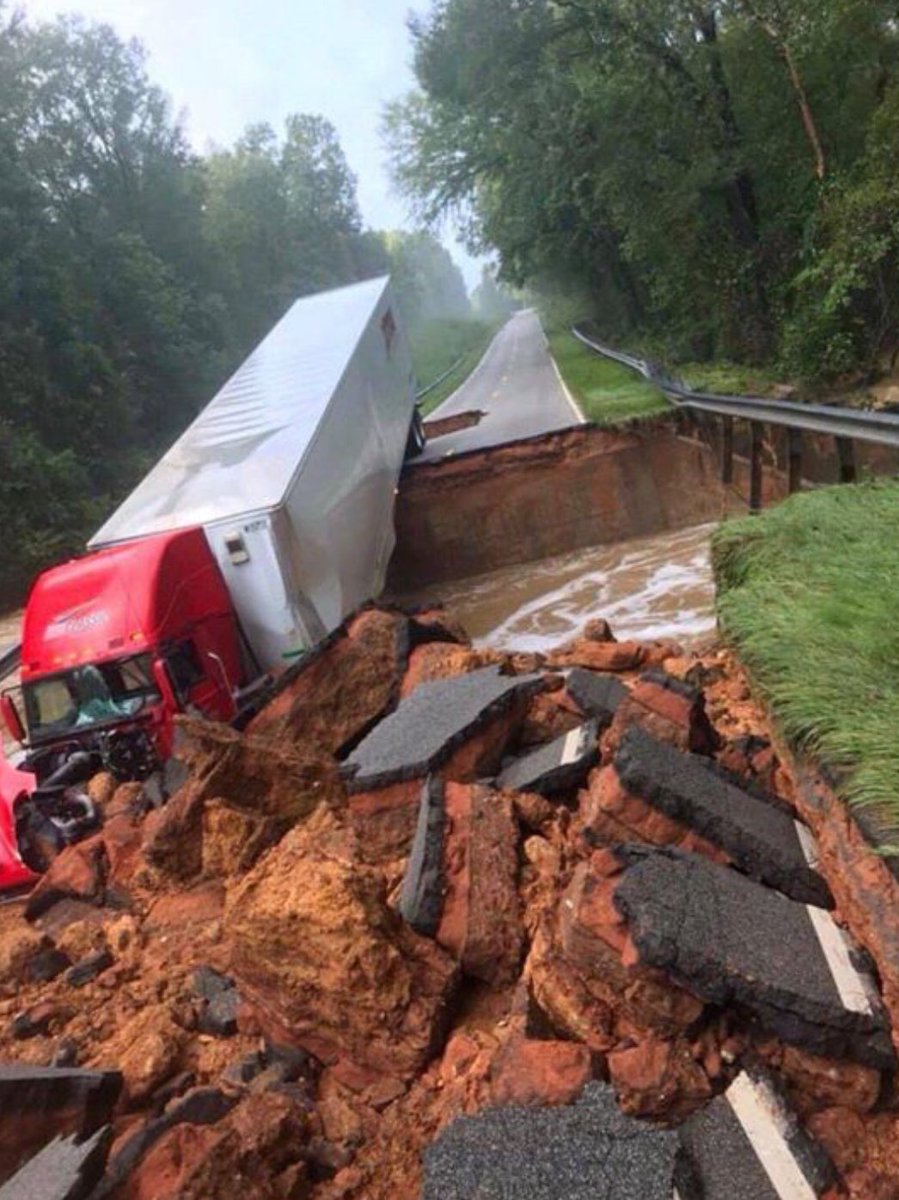 Florence made landfall last week as a hurricane before weakening to a tropical storm. On Monday, the National Hurricane Center issued a public advisory, downgrading Florence to a tropical depression but warning that it could still produce heavy to excessive rainfall over the next couple of days. The center of the depression was located over southern Ohio, and portions of northeastern Kentucky and western West Virginia, approximately 125 miles west-southwest of Roanoke, Va., early Monday, tracking northeastward.

Portions of the Mid-Atlantic states west of Interstate 95 into southern New York and southern New England are expected to receive an additional 2-4 inches of rain, with isolated maximum amounts of 6 inches possible.  Forecasters are also advising of the possibility of tornadoes from northeast South Carolina and east-central North Carolina into parts of Virginia, western Maryland and southern Pennsylvania through Monday.

On Sunday, the North Carolina Department of Transportation issued a news release urging drivers to stay off the roads unless they were evacuating. More than 600 road closures were reported in the Tar Heel State. The agency warns that many GPS systems are not keeping up with the latest road closures and are routing users into areas NCDOT has deemed unsafe for travel.

NCDOT’s Traveler Information Management System warns that travel should be “completely avoided” in areas south of US 64 and east of I-73/I-74. The agency reports several sections of I-95 and I-40 are flooded, and recommends I-95 southbound traffic from Virginia should use U.S. 64 west at Exit 138 to I-540 west to I-40 west to U.S. 312 south to I-85 south into South Carolina. Drivers should then follow detour directions in South Carolina to reach I-95.

Truck drivers traveling through North Carolina on nonrelief loads are encouraged to check the Traveler Information Management System website for updates about closures to I-95 and I-40.

“Our top priority is to do whatever we can to keep our interstates open, but obviously we can’t control Mother Nature,” said Andrew Barksdale, a spokesman for NCDOT. “The detours are lengthy, but we’re dealing with an emergency.”

Barksdale said Monday that NCDOT does not anticipate having to close other interstates, but there could be new or additional closures on I-95 or I-40 going east toward Wilmington.

When Hurricane Matthew hit in 2016, Barksdale said the storm left sections of I-95 closed for a week. Rivers were expected to crest today and Tuesday.

“These are the same sections that are flooded, and the rivers are cresting higher than they were during Matthew,” Barksdale said. “So travel is going to be difficult in our state for a few more days at least.”

The South Carolina Department of Transportation announced Monday afternoon that toll collections would resume on the Cross Island Parkway on Hilton Head Island at 7 a.m. on Tuesday. Tolls had been suspended to assist with coastal evacuations as Florence approached the state. The Cross Island Parkway provides a tolled expressway between the north end of the island on U.S. 278 to the southern end.

Eleven counties in primarily northeastern South Carolina are dealing with affected road conditions in the wake of Florence, according to the state’s transportation department. I-95 remains closed near the North Carolina state line, with the following detour routes: