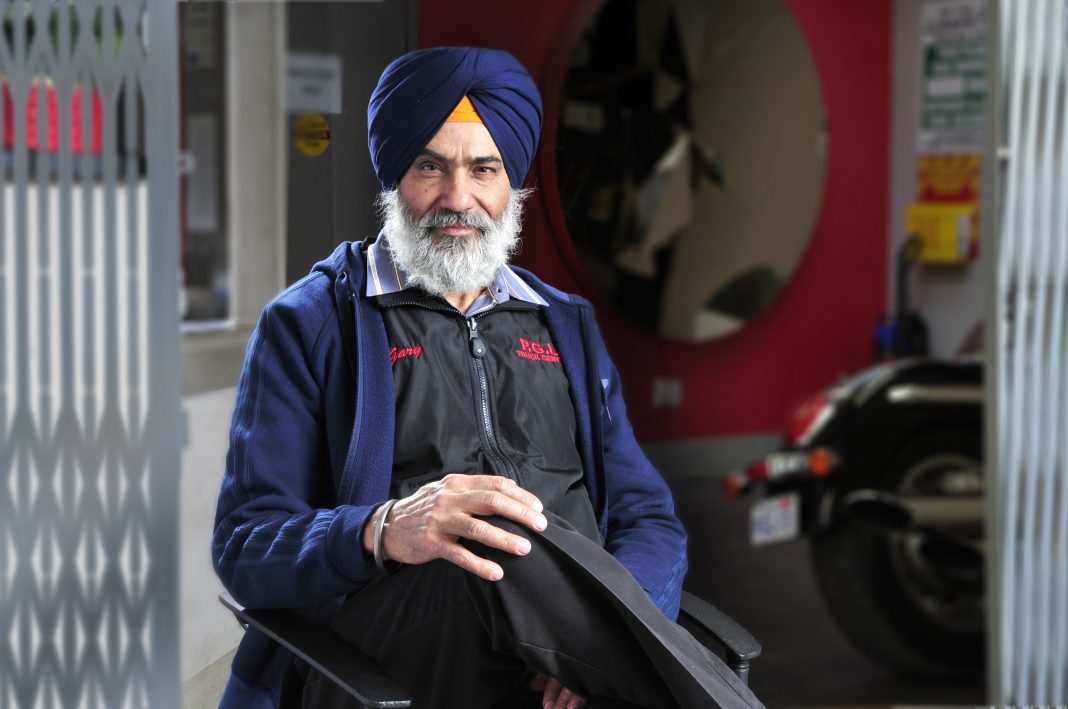 Over two decades ago, Gurmukh Singh Sohi opened the first ever 24/7 Truck repair centre owned by a South Asian in the Greater Toronto Area.

Before this came about, Gurmukh worked as a welder in a well-known business house in the Toronto region. He was well trusted in the company and often was a go to person for his colleagues when they needed to confide in someone about their delights or sorrows. Likewise, the compassionate Gurmukh was the one to come forward in the time of need for any friend.
As if determined in advance by divine will or fate, a former colleague approached him one of those days with an idea to start a truck repair business. His colleague was a licensed mechanic by profession but did not have the capital to invest in setting up the infrastructure, and for this, he sought Gurmukh’s help. He introduced two other mechanics to Gurmukh, who were also truck repair specialists. To fulfill this idea, Gurmukh Singh Sohi bought a workshop and established the PGL TRUCK CENTRE in Brampton. Gurmukh, along with his team members, decided to establish two teams of two and run their truck repair centre on a continuous basis – twenty-four hours, seven days a week.

It didn’t take long for PGL Truck Centre to become one of the most trusted names in the trucking service industry. As Gurmukh’s business grew, so did his tribulations. Members of his core team moved on in their lives and away from PGL business, which resulted in him being entirely on his own. To sustain and grow his business, Gurmukh hired more mechanics. From a young age, he was competent in engaging with machines. It is a well recognized fact that those who are self taught far excel qualified professionals from renowned universities. However, to be self reliant to operate his business, Gurmukh had to become a licensed Automotive Service Technician. He began working through the night shifts and attended classes during the day time for three years to finish the course.

With a flourishing business and a strong team of mechanics, Gurmukh decided to focus his time and efforts on giving back to the community. He began mentoring young mechanics by providing hands-on knowledge in his workshop.

He constantly encourages his mechanics to gain knowledge and stay current with leading-edge technology. Additionally, he sponsors their training to ensure they are continually aligned with the latest technological trends in the industry. His face glows with pride while mentioning that there are over a thousand mechanics whom he helped in developing their automotive service industry careers.

Gurmukh makes an important observation about the automotive service industry and that is about the labour shortage, especially when it comes to skilled mechanics. As Canadian businesses progress, so will the trucking industry – and competent workshops and mechanics will be required to form a strong support for the Canadian business environment.

Gurmukh Singh Sohi has had ardent support from his wife, Jaspreet Kaur Sohi. He is blessed with two sons, Bikramjit Singh Sohi and Dalerjot Singh Sohi. There is another young kid in the house, their pet dog, Shaunki, who keeps everyone occupied. Gurmukh strongly believes in working hard but he also deems it incomplete until it is accompanied with SEWA, or service of the community.

Gurmukh is never shy of exploring deep within to reach for his talent and abilities. A fascinating aspect of Gurmukh’s lifestyle is his passion for swimming. He is an ardent swimmer who never misses going to the pool. He has honed his swimming skills so much so that he has already won a gold medal for swimming in his age group in Toronto. He is now working towards improving his skills and efficiency for participating in the World Masters Games.

Another amazing talent that Gurmukh has acquired is of ice skating. Whether it is about his bunny hop or camel spins or just spins and turns to his liking on that day, Gurmukh has mastered it all! He visits the ice rink for skating at least three days in a week. It seems that the headline of him getting a gold medal for ice skating is not far.

Gurmukh Singh Sohi’s journey is an ideal example of leading a balanced lifestyle – proving that one is far tougher than one realizes! There is no denying the fact that after all the hardships, difficult scenarios and challenging times faced by him, Gurmukh smiled his way resolutely to be triumphant!