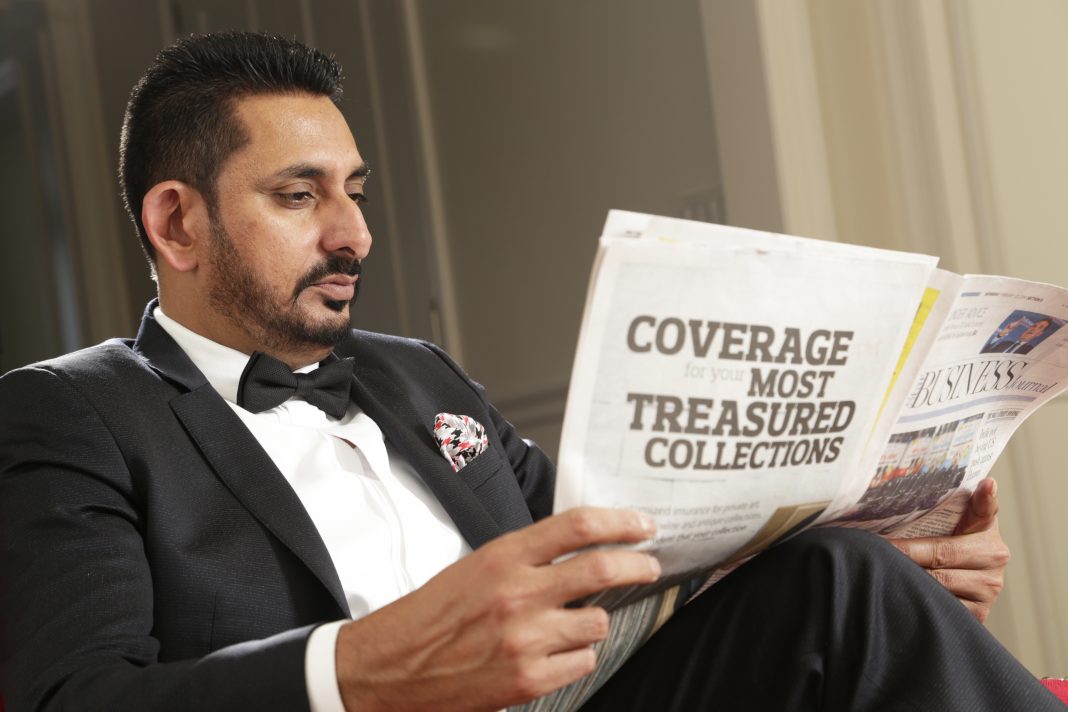 The hardships that he encountered throughout his journey were immense. He started as a driver, and when he decided to become an owner operator, he did not have readily available capital to buy his own truck. He got some monetary help from his family in India and bought his own truck in 1998. By the year 2004, Andy had become the owner operator of 15 trucks. It was then that he took the next step of establishing his own company.

The new company that Andy formed had modest beginnings. His first office was in the basement of his house. He mentored his cousin Jimmy Sidhu and taught him every aspect of the back end of a trucking company. Jimmy was a quick learner and soon became competent; it was because of Jimmy’s support that Andy was able to expand his business even further. It also was indicative of the formation of an effective and winning team with an impeccable leader and a fitting achiever coming together.

With every new step, Andy sharpened his business acumen further. He realized that he had to buy an office space and a yard. Owning a business comes with its own set of responsibilities, and the owner only gets paid after the expenses are taken care of. Expanding the business meant an increase in the headcount. But with God’s grace, each complicated and demanding situation was successfully won over by Andy. He continued to get more business and kept on enlarging his foot print in North America. Even when Canada went into a recession in 2007-08, he continued to get new business due to his dedication, vigour and vision.

In the year 2008, Andy bought Everest Trucking. He had accumulated a lot of experience in all aspects of trucking, which gave him the conviction to take this step. Andy, being a visionary, not only ensured success, but also growth, progress, development, enrichment and the right policy which led to harmonious growth of Everest Trucking. Within a few years, Everest Trucking began to be considered one of the top few companies of North America. Some even commented that his company is a “rocket company” since it is achieving new heights at that speed.

Andy focused on the fundamental requirements of his business and invested in the development of his employees by engaging with the best trainers. He began building resilient teams and provided a learning experience that resulted in a permanent change in his employees’ performance. He also mentioned about his cousin, Dimpy Aulakh, whom he mentored in the field of truck maintenance. Dimpy is the backbone of all the trucks on the road and is available at a moments’ notice, 365 days a year.

Andy was able to multiply the Everest fleet to 300 trucks and 500 trailers with operations spread across North America, thanks to his prolonged due diligence.

The current social, economic and political scenarios in Canada have a direct impact on businesses, and so did the negotiations of the trade agreement between, Canada, USA and Mexico. As per Andy, the trade agreements did not have any negative ramifications on his dealings. Instead, he is confident that the new agreement will benefit the trucking establishments. It would further benefit the industry when the resolution regarding aluminium and steel trade between the two nations is settled. With the passage of time, many positive changes have come in favour of the industry.

Technological advancements have also enabled many positive changes like empowering the drivers to remain connected with their families, assisting the fleet owners to monitor trucks on the road and simplifying the financing process as compared to before, to name a few. But there is a challenge that the trucking industry in Ontario still faces, and that is the lack of availability of good drivers. Andy believes, when it comes to maintaining a talent pipeline, that the governments at both federal and provincial levels need to make policies and laws favouring the trucking industry.

Andy Grewal had learned about the transport business from his father, Balraj Singh Grewal, who was a transporter in India. His father, along with his family, supported him throughout his journey. Andy now stands tall with his Everest Trucking company that has over 450 employees and yet he is humble about his success and believes in sharing his experience with all, whether it be by mentoring young students or by engaging in altruistic ‘Sewa’. He donates on a regular basis to the Cancer Society of William Osler hospital, organizes an eye camp at the Gurudwara Tahliana Sahib, in Dist. Raikot, Panjab and contributes money for the education of childern.

Andy Grewal believes in Sarbat da Bhala, Prosperity for All, and to put his belief to practice,

He is committed to ALWAYS FORWARD, NEVER BACK!