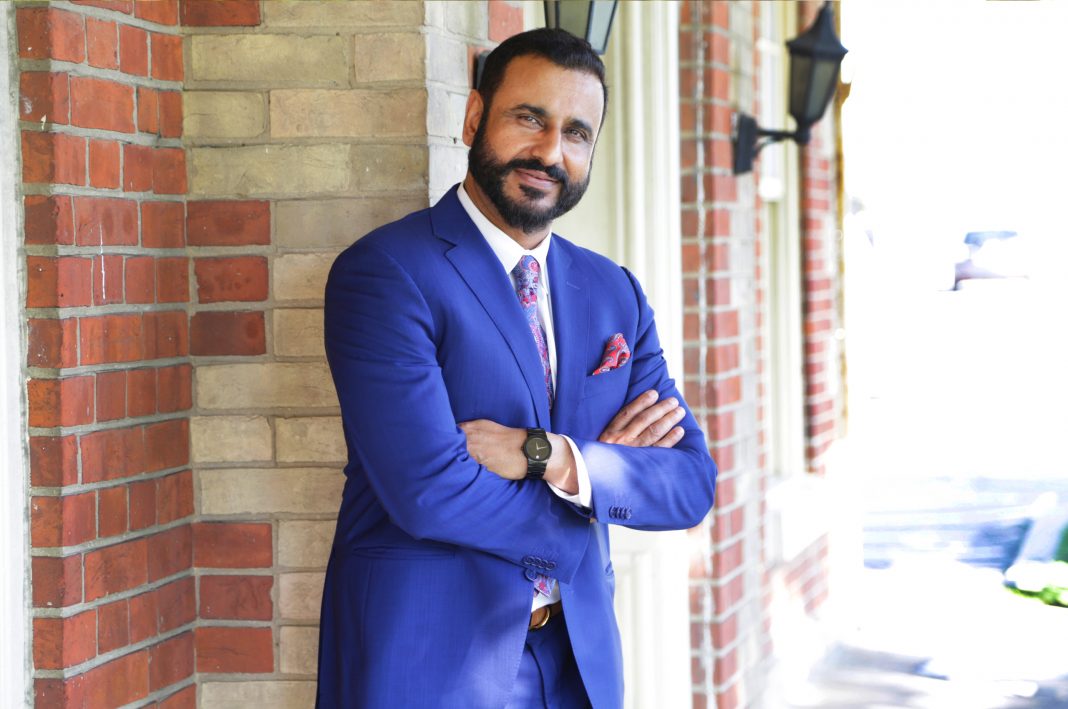 Dev Mangat’s journey to Canada is one of the most unique and remarkably inspiring stories among the many immigrant success stories of Canada.

He arrived in the year 1990 from India and began his career as the driver of a truck, followed by a job as a dispatcher at the Gill Transport Company. This South-Asian owned company, according to Dev, had greatly contributed towards providing work experience to many in the Canadian transport industry. In 1997-1998, Dev became an owner operator and started an employment agency catering to the trucking industry. Along with managing his employment agency, he also drove his truck.

In the year 1998, Dev established another business venture – the United Training School. He steadily built a fleet of 7 trucks for his school. Around the year 2000, he established the United Group of Companies. He was firmly supported by his brother and his father-in-law, Makhan Singh Bajwa. Dev was able to successfully gain contracts from top Canadian corporate brands, such as Loblaws, Canadian Tire, Shoppers Drug Mart and Canada Post to name a few.

Currently, Dev has a fleet of 380 trucks that includes flatbeds, straight trucking and trailers. He also has warehouses in Windsor, Montreal and Cambridge. Highly empathetic towards his employees, he designed convenient options for drivers who live far away from the business centres; thus, making life easy for his employees and their families.

During the starting years, obtaining finance, insurance or a good team wasn’t easy. Since then, his friend, Avtar Singh Mangat, has been a steadfast supporter of his and is with him until today. Dev also mentioned that he would like the government of Ontario to be more accommodating towards the trucking industry. There is a shortage of truck drivers in Ontario, and this shortage can be filled if truck drivers are able to settle down in the province, as is possible in British Columbia. The United Group of Companies offers local cartage, intermodal carrier, distribution shunt services, and highway services.

Dev is proud of the South-Asian community for being successful. He recognizes that his success is highly due to the contributions of his family, who sacrificed their time, did not go for vacations, and for having the patience to deal with his long working hours.

Rupi Mangat, his wife, Manraj Mangat, his son, Ishpreet Mangat, his daughter and Dilbar Mangat, his other son stood by his side, strengthening every decision of his with their prayers and helpful deeds. His father, the Late S. Darshan Singh Mangat, has always been his inspiration and his thoughts will forever mentor his life.

Dev is a creative soul, who loves promoting Punjabi theatre. He has directed, produced and acted in many theatre performances. He was recently Master of Ceremonies of Tiyan Da Mela in Brampton. The profit from this Mela (gala) was donated to Khalsa Aid, a non-profit organization aimed at helping those in times of need. He believes that whatever he has gained in life is all because of the South-Asian community.

Dev’s message for our readers, “Whatever a person makes in life,if spent for noble cause,it touches many hearts and souls.”