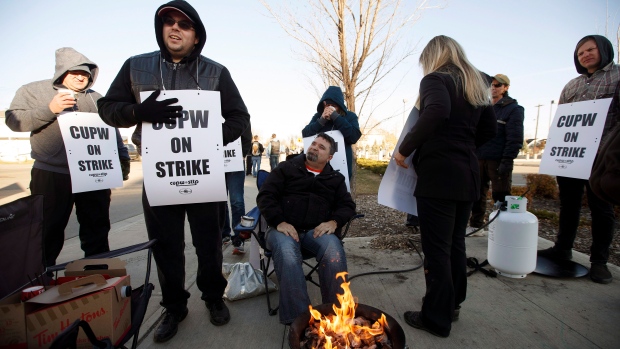 The Federal Government has legislation ready to force Canadian Union of Postal Workers back to work ending the five week job action of rotating strikes.

Bargaining is continuing under an arbitrator with hopes the parties reach a negotiated settlement, although several issues are yet to be resolved.

The National President of CUPW Mike Palecek says injury rates have increased so much that it’s more dangerous to be a postal worker than a miner. “If this legislation is passed it will force our workers back into these conditions”

The Canadian Labour Congress says the government is making a mistake by stepping in. It says the two sides just need time to come to an agreement.

This labour disruption has nearly 1,000 trailer loads of packages and mail unsorted and undelivered putting in jeopardy many family Christmas celebrations.