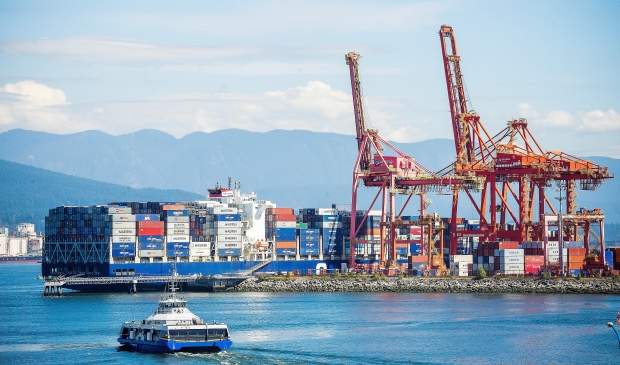 Employee at Port of Vancouver Locked Out

Employers at the Port of Vancouver, British Columbia, locked out the workers after union employees threatened to not work overtime.

The British Columbia Maritime Employers Association notified customers of the lockout action May 28. The lockout began today, May 30, according to the notice.

The International Longshore and Warehouse Union-Canada on Monday gave official notice of an overtime ban at the Vanterm and Deltaport terminals operated by Vancouver-based Global Container Terminals Inc.

The overtime ban was not expected to affect normal working hours at the two container ports, according to an ILWU-Canada news release. All other Canadian ports and terminals were to remain open and unaffected.

ILWU-Canada longshore workers have been without a contract since March 2018. The union had given 72-hour notice of going on strike but it decided not to picket and the notice expired.

With union employees threatening to not work overtime, employers at Canada’s ports locked out the workers.

“This has been extremely difficult conclusion to arrive at, following 17 months of bargaining, as the impact will be significant for the average Canadian who depends on the reliable flow of goods that move through our British Columbia ports. Our preference remains to resolve this at the bargaining table without disruption; however, as a result of the recent and significant disruptions caused by the ILWU-Canada’s work-to-rule job action, we can no longer effectively and safely operate the impacted terminals. This has already caused cargo diversion from the B.C. coast and threatens further loss of cargo,” Jeff Scott, BCMEA board chairman, said in a news release.