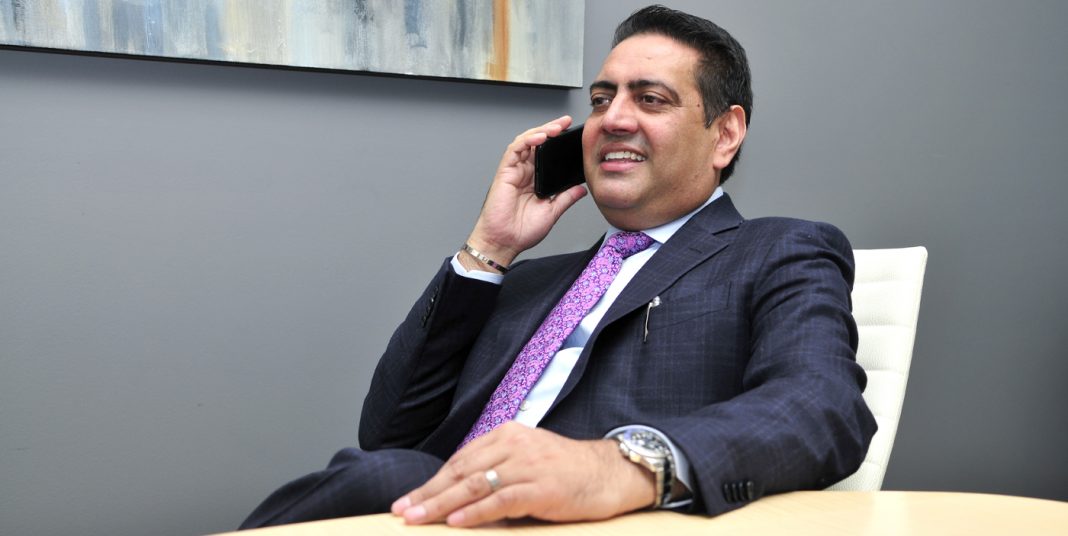 A small village Jabowal, in the Nawashahr district of Punjab, was the birthplace of Dara Nagra, who has made a mark at the North American level with his business acumen.

Dara belonged to a landlord family. His grandparents were settled in England but his parents were based in the village. Dara’s father Harbhajan Singh Nagra and his mother Surinder Kaur Nagra were very attached to him. Unlike the usual trend in the villages, Dara’s father strongly believed that education is an important aspect of growing up. Dara received admission at the best school of Nawashahr. He continued his education in Shivalik Public School. It is in this school that he began realizing his talent to connect with people and that he had the ability to be a trailblazer.

After finishing his schooling, Dara went to D.A.V College in Chandigarh. He soon was nominated to be the Proctor of School. His actions kept inspiring others to dream high, while he continued do more for his fellow students. He excelled in declamation and poetry rendition.

Dara married Avneet and moved to Canada. But before this, he had the opportunity to teach at Shivalik Public School. He became the House Master of a hostel and engaged with students with affection. He strongly advocated the introduction of cultural activities in his school and taught students to always give their 100% to any task in hand. He believes that his success is owed to the best wishes of all of his students.

Once he moved to Canada, Dara went through all the struggles to get a job. He worked with the Toronto Star, a bakery shop and AGF, selling financial solutions. He excelled in everything he did and reached the top level within all institutions he worked at. In the year 2000, he began working for an American company ADEXA, that specialized in supply chain management and was based in California. The job gave him opportunities to travel to various parts of the world to train and sell to world’s leading companies.

Like an aspiring leader, he went out of his way and bought a computer store. He had realized by now that he was a good trainer and felt comfortable in teaching about technology. He started AVAAL Technology Solutions in 2003. He finished his MBA from Lansbridge University in Technology Innovation. During his MBA, he worked on a thesis of expanding small businesses into medium ones. Dara wanted to implement his knowledge in real life and hence left his job to give 100% to AVAAL.

He had learned during his research that the trucking industry was one of the most promising industries in North America. He realized that it was not seen as a business. Thus, he designed a four-day dispatcher training program. This March, the 152nd class graduated from this successful program. He kept expanding his business and began offering consultancy services to new start-ups.

His business incorporated all aspects of trucking, such as fleet management, order management and accounting, in one module. His two pillars are the AVAAL Express (desktop) and AVAAL Freight Management (cloud-based). In 2005, the US government introduced ACE (Automated Commercial Environment) that regulates every trucking company is required to send their manifest.

AVAAL works with both the US and Canadian government cross border processes and facilitates trucking companies to work through these processes appropriately. Dara’s company established 24-hour help desks for trucking companies. It did not stop there, as Dara established more branches in Surrey, Winnipeg and even an office in India. Today, AVAAL has offices in India, Canada and USA and has a strong employee base of over 200 people.

Dara believes that his success would not be possible without the support of his parents and wife Avneet. He is blessed with two sons, Tejbir and Parmbir and daughter Kiranjit. Both his sons attend university and his daughter is in grade ten.

Dara did not leave his interest of organizing cultural events. His company’s annual corporate party is sought after by many people across Canada. He believes in supporting Sick Kids and also sponsors the Holi Gala at William Oslers Hospital. He supports many world kabaddi (Indian wrestling) events in Ontario and India.

From his successful life’s journey, Dara says, “Believe in yourself and never do anything half heartedly – Engage with your mission 100% and you will succeed.”