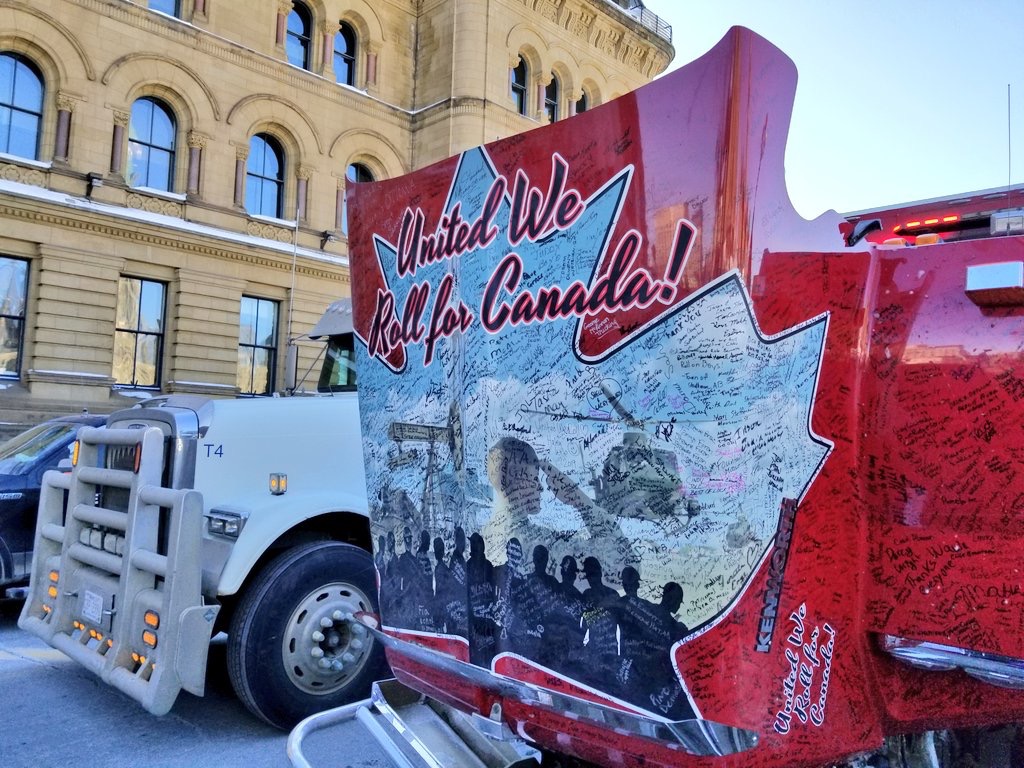 About 150 trucks from the west arrived Monday night at the Antrim Truck Stop where they rested for the big day on the Hill attempting to get the government to listen — the government didn’t, but the point was made.  Sure, there were numerous issues that needed to be voiced but Glen Carritt of the  United We Roll said it best “we’re here to unite Canada”.

There were also about 60 trucks joined the convoy from Atlantic Canada, plus there were 40 or so trucks from the local Ottawa region that joined in.

The people in the convoy, mostly proudly wearing yellow vests, were directed by Hill Security, to a section of Parliament Hill covered in deep snow.  There was another section nicely cleared of snow and separated by barriers from the deep snow section that one Hill Security official was heard say was for AntiFa.   The peaceful protesters relegated to deep snow, the cleared area for the violent people whose only message was that of disruption.

To their credit, the convoy people never took the bait from AntiFa so the day was peaceful.  Police and security personnel allowed those in the convoy to have plenty of microphone time.

Andrew Scheer and Max Bernier did come out and speak with the convoy people but not one member of the government made an appearance.   Mind you, it was difficult for the liberal members to come outside because the chaos that’s resulted from the SNC Lavalin scandal, the resignations of too many people, and the possibility of a hostile crowd.

It turned out to be a great day for Canada, for the government, not so much.  Tomorrow is another day.   The convoy will be back for another day of message delivery.  The trucks are planning to depart for their respective parts of the country on Thursday having delivered the unity message and demanding action for the benefit of all Canadians.