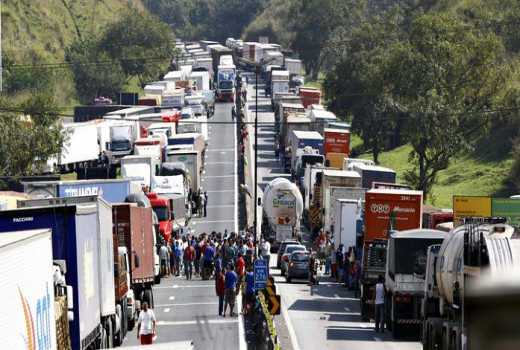 Brazilian President Michel Temer says he will concede to demands just a week after 600,000 truckers went on strike paralyzing the country.

A state of emergency was declared in Brazil and the army was ordered to clear highways over the weekend as the country struggled with food and fuel shortages that shut down much of the nation, including international airports, after drivers went on strike a week ago to protest fuel prices.

CNN is reporting that with increasing concerns about a lack of goods getting to consumers, including medical supplies, Temer said the government would subsidize the cost of diesel fuel for the next 60 days in order to get drivers back to work.

Truckers spent the week blocking the highways after fuel prices had increased five times in week prior to the strike.

The government will make up the difference with subsidies paid to the government-run oil company.

The government estimates that that subsidies will cost the government up to $10 billion reals (about $3.5 billion CND).

Brazil has recently gone through one of the biggest recessions in the country’s history and will be going to the polls in October for their presidential elections.