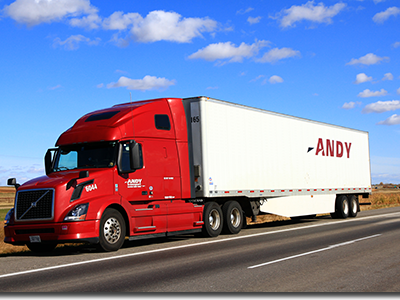 The new terminal is located at 665 Weaver Road, in Windsor and consisting of approximately 500,000 sq. ft. According to a release, the new  terminal will allow Andy to position itself in the Ontario market, improve operational efficiencies, and extend its offering to its customers.

“We saw an immense potential and our vision is to develop it into a fully-serviced Andy terminal, opening many positions over the next months. We look forward to working with the local municipality, authorities and community,” said Andreea Crisan, COO and EVP at Andy.

“We have acquired the terminal and are making development plans with our drivers in mind. It will become an important hub for our operations and clients, but also a comfortable resting site for our drivers,”said Ilie Crisan, president of Andy.