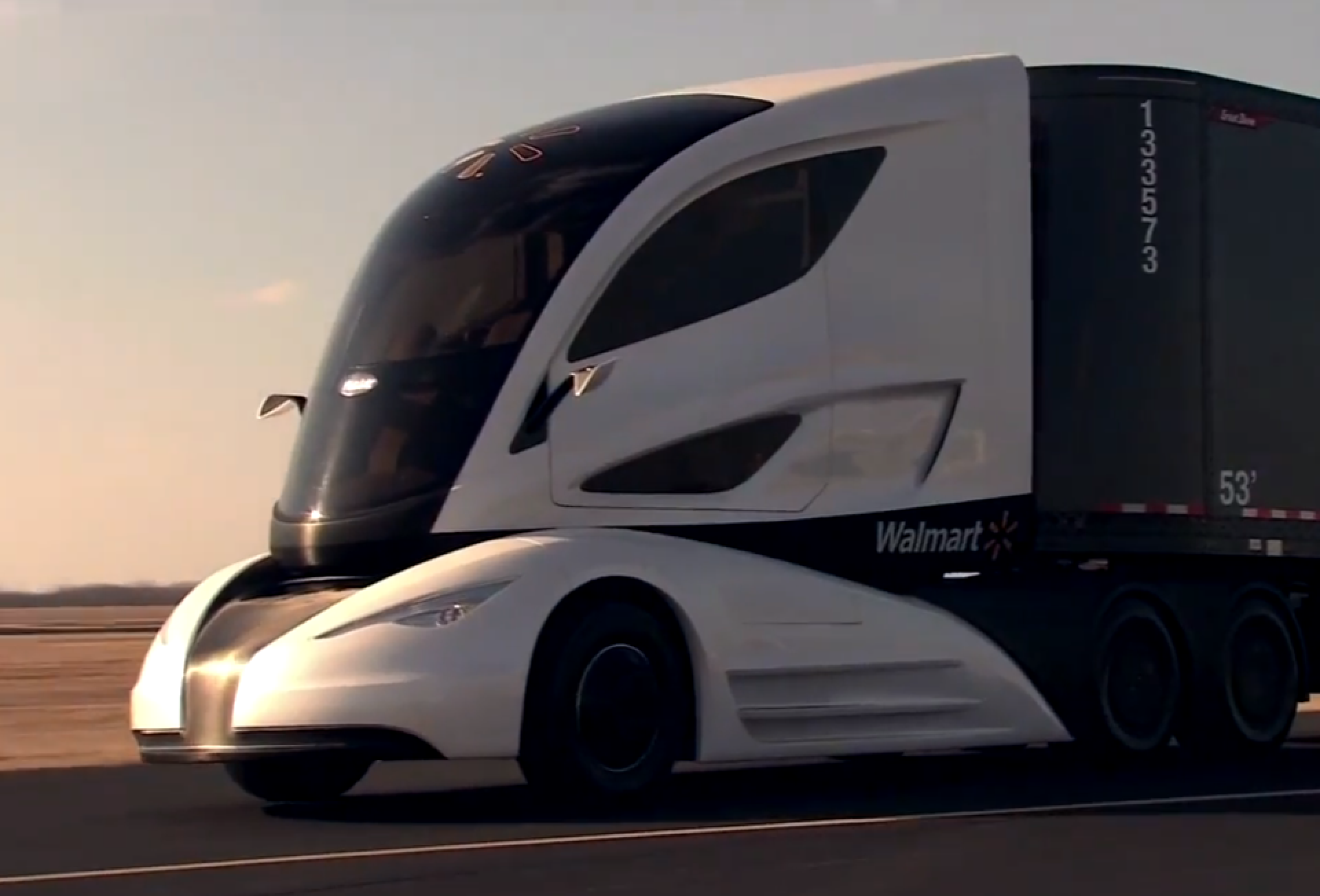 You’ve never seen a transport truck quite like this.

Walmart created a concept truck to maximize efficiency on the road, and the result is something that looks a little more spaceship than tractor-trailer.

Walmart Corporate announced the project Feb. 17 during a meeting to report on progress with reaching the company’s sustainability goals.

Chris Sultemeier, senior vice president and head of corporate transportation services for Wal-Mart, said the company also has agreed to buy 2,000 hydrogen-fueled forklift trucks for use in its U.S. and Canadian distribution centers, the Transport Times reported.

In 2005, Wal-Mart set a goal of doubling the efficiency of its truck fleet by 2015. Sultemeier said the company reached 80% of its goal by purchasing more fuel-efficient trucks and finding ways to ship more goods in less space and using fewer trucks.

The company uploaded a video of the truck on YouTube and described it as the “latest in (their) fleet efficiency program.”

The Walmart Advanced Vehicle Experience, or WAVE, concept truck is … (a) one-of-a-kind prototype offers a whole package of firsts. The tractor has very advanced aerodynamics and is powered by a prototype advanced turbine-powered, range-extending series hybrid powertrain.

The trailer is made almost exclusively with carbon fiber, saving around 4,000 pounds which can then be used to carry more freight.

Courtesy of The Blaze