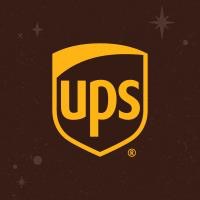 United Parcel Service (UPS) said it will appeal a federal judge’s ruling that it pay nearly $247 million in damages and penalties for illegally shipping untaxed cigarettes in New York.

“UPS is extremely disappointed in the court’s ruling and imposed penalties and we will vigorously appeal the decision,” the company said in a statement after the verdict.

The company added the monetary award was excessive, particularly given the shipments at issue generated around $1 million in revenue.

In March, the U.S. District Court for the Southern District of New York ruled the package-delivery company failed to establish proper procedures to flag the shipments, depriving the state and New York City of millions of dollars of taxes.

“The court is convinced that modest penalties would not make a sufficient corporate impact on UPS as a whole,” Judge Katherine Forrest of Federal District Court in Manhattan, wrote in the decision.

UPS is not the first company to run in legal trouble over this issue.
In 2013, R + L Carriers avoided prosecution in New York by agreeing to a settlement over alleged shipments of illegal cigarettes into the state.