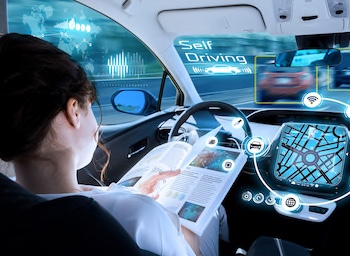 Police say an Uber driver whose self-driving car struck and killed a pedestrian was streaming a television show on her phone when the incident happened.

A report from the Tempe, Ariz., police described the crash as “entirely avoidable” and indicates records received from streaming service Hulu show the driver was watching the show “The Voice.” She could face manslaughter charges.

The crash killed a 49-year-old woman who was walking across the street when she was hit by the self-driving car.

Uber said that it prohibits drivers from looking down at any device while manning a self-driving car.

The report said that Vasquez was looking down at her phone seven of the 22 minutes prior to crash and that Uber’s cars did not have a mechanism for alerting drivers about potential dangers.

“I was not able to find anywhere in the literature that the self-driving systems alerts the vehicle operator to potential hazards or when they should take manual control of the vehicle to perform an evasive maneuver,” a Tempe detective wrote in the report.