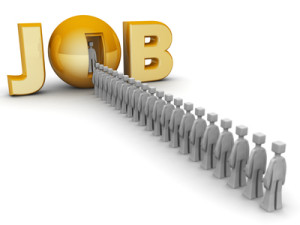 U.S. Secretary of Labor Alexander Acosta issued a statement, saying “Job growth was the strongest since President Trump’s election, with 313,000 jobs created in the month of February. The non-stop job creation since the election has yielded 2.9 million jobs. For the fifth month in a row, the unemployment rate remained at 4.1%, a 17-year low. Goods-producing industries such as manufacturing, mining and logging, and construction collectively had the highest month-to-month growth since 1998. These were among many sectors experiencing significant growth.

“President Trump’s tax reform continues to boost economic confidence with more than 400 companies handing out bonuses, raises, or other benefits to more than 4 million Americans. Today’s report shows that average hourly earnings significantly increased in February and have increased by 2.6% over the last year. We saw positive movement in the labor force participation rate, and we would like to see that continue over the coming months.”
An influx of new job seekers in February kept the unemployment rate unchanged at a low 4.1 percent.

Strong job growth had a positive effect on stock futures after the report was released.

The unemployment rate remained about the same at 4.1 percent.