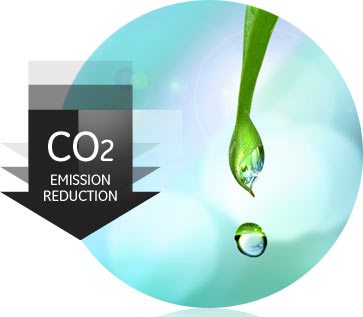 U.S. President Barack Obama signaled the start of the next round of Tractor-trailer Emission Reduction Rules

U.S.  President Barack Obama this week signaled the start of the next round of truck fuel efficiency rules and greenhouse gas emission reductions from the commercial vehicle sector.

He instructed the Environmental Protection Agency and the Department of Transportation to produce a rule for post-2018 year model trucks by March 2015 to once again tighten fuel efficiency standards. The rule is expected to be finalized by March 2016.

The first round of greenhouse gas emission rules, posted in 2011, set standards for model years 2014 through 2018. It focused on efficiencies obtained by refinements to tractors and engines.

This next round of rules is likely to be more ambitious, according to reports  The announcement suggests EPA and NHTSA will assess engine and powertrain improvements, aerodynamics, weight reduction, improved tires, automatic engine shutdown and improving accessories such as water pumps and fans, as well as hybrid technologies.

Separately,  EPA has indicated that it will look at trailers as well as power equipment, which were not part of the first phase, 2014-2018 model truck rules.

Trailer aerodynamics have been said to be an important factor in improving fuel efficiency.

Obama also is calling on Congress to establish an Energy Security Trust Fund to pay for research and development of advanced vehicle technologies, such as natural gas.

Canada is in lock-step with the first phase of the U.S. rule designed to reach 20-percent GHG reduction targets in heavy trucks between 2014 and 2018.

The Canadian Trucking Alliance is a supporter of those regulations. However, the Alliance continues to urge the government to achieve even more substantial GHG reductions through various proposed initiatives such a labelling requirement so truck buyers would know which units were “GHG compliant” as well as accelerated capital cost allowance rates to accelerate the penetration of these vehicles into the fleet.

In addition, CTA would like to see a program of complementary measures (repayable grants, tax credits) introduced that would spur voluntary investment in currently available and proven technologies and devices to improve fuel efficiency of the entire tractor-trailer.

Most recently, the federal government published a regulation change to Canadian Motor Vehicle Safety Standard 223 (CMVSS 223), which allows for greater variety of “boat tail” designs to be used by trucking companies.

Boat tails are devices installed on the rear of trailers that reduce aerodynamic drag, thereby reducing GHG emissions from heavy commercial trucks that adopt the technology.