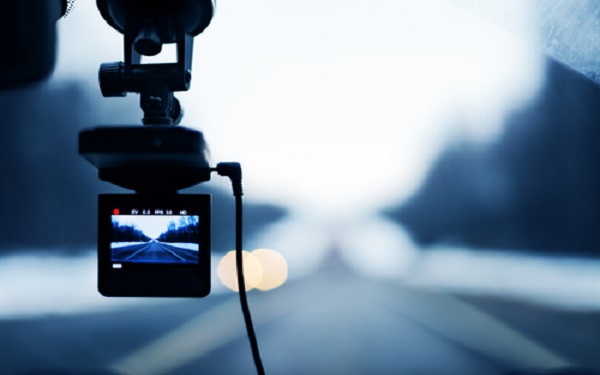 There is a driver shortage and drivers have choices. So, one transportation technology consultant was surprised to hear that a company’s camera and AI-based analytics system, used to improve driver safety, is appreciated by truck drivers. He said he was skeptical because drivers do not like Big Brother.

Ward Transport, a fourth-generation family owned company, primarily engages in less-than-truckload shipments. They are based in the middle Atlantic states and have a fleet of 600 vehicles. After trial usage of two other truck camera systems, they began using Netradyne’s Driveri platform.

They wanted more control of what video they could see and also wanted greater focus on positive behaviour.

Ward Transport agreed to a 45-day pilot that began in January, which went well. In May they began installing the systems in 220 trucks across their three largest sites. They now have three months of data, like what they have seen, and have preliminary plans to implement Driveri with the rest of their fleet next year.

The reason Ward Transport wants to expand to the rest of the fleet is that the system works well and is the best video quality Mr. Dunn has seen. The camera, attached to the truck’s windshield, has cameras that face to the left and right, face forward, and face the driver. The cameras have a high enough resolution that in the event of an incident, reflected images picked up from the mirrors attached to the side of the truck can in many instances be viewed to determine what happened beside the vehicle.

Ward reports it is increasing safe driving behaviours. Within two months of implementing the system, stop sign events had decreased 60 percent. A moderate stop sign event is when a truck rolls through a stop sign without stopping at less than seven miles per hour. It is recorded as a major event if the driver goes through the intersection without stopping at seven miles per hour or more. The improvement in documentable safety has the executive staff interested. The next time they renegotiate their insurance they intend to use this data to see if they can get lower rates.

Finally, Ward Transport likes the fact that the feedback is not all negative. Positive events are reported, and drivers can be praised. They believe having a system that includes positive reinforcement is key to driver acceptance.

But do drivers accept it? Dean White, who is a driver with Ward Transport, says they do now. “Initially many drivers looked at this negatively. They feared that the company was spying on us.” Joe Drugo, the Manager of Safety Training, added “At first it was Big Brother watching. I don’t hear that anymore. That is all gone now.”

One factor that led to increased acceptance was that the inward facing camera that could view the driver was disengaged. A cap was even put on this camera so that drivers knew that it could not secretly record them.

White has a positive view of the technology. “I’ve only been doing this for two years. There are many things I need to learn. I never turn down coaching. It makes me better. Having a camera in there, if I roll through a stop sign, I get reminded.” That helps to keep his focus on safety “every minute” he is on the road.

White added, “I was amazed that within a week of the staff recognizing positive performance on an internal TV in the break room, guys started taking pride in their scores.” The top scoring drivers are listed every week. “We began to have positive competition.”

Drivers can also see their scores and the events they are having on a driver app. When that app rolled out about two months ago, Mr. White said drivers were showing each other their scores and reviewing events from the day before. “This is real-time feedback. I like that.”

But a real change in driver acceptance occurred after an accident that occurred in Philadelphia. A car spun out in front of one of their trucks. The truck was able to stop, but there was still some contact. It was real good driving on the truck driver’s part. But the car insurance company still tried to blame this on the driver and get the trucking firm to pay for the damage.

When the insurance company was sent the video, that claim went away. That video was played on the television in the break room for the other drivers to view.