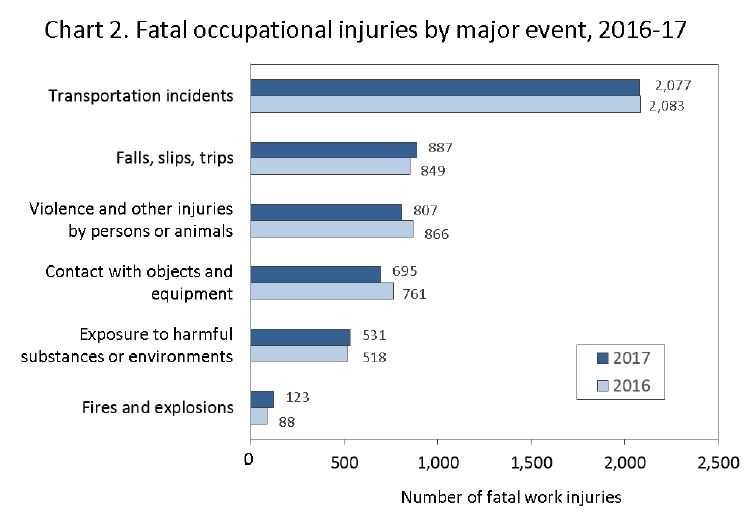 On Tuesday, Dec. 18, the Bureau of Labor Statistics released its National Census of Fatal Occupational Injuries, updated to include numbers from 2017. According to BLS, 5,147 fatal work injuries occurred in 2017, down slightly from 5,190 in 2016.

Of all the occupational deaths, more than 16 percent were truck drivers. In 2017, 840 truckers were killed on the job, the most in a single year since BLS began collecting occupational fatality stats in 2003. Accounting for all driver/sales workers and truck drivers, nearly 1,000 deaths occurred, a rate of 26.8 fatal injuries per 100,000 full-time equivalent workers.

The stats reflected in BLS’ report include raw numbers of deaths of all types while on the job and do not indicate fault or events leading up to the fatal injury.