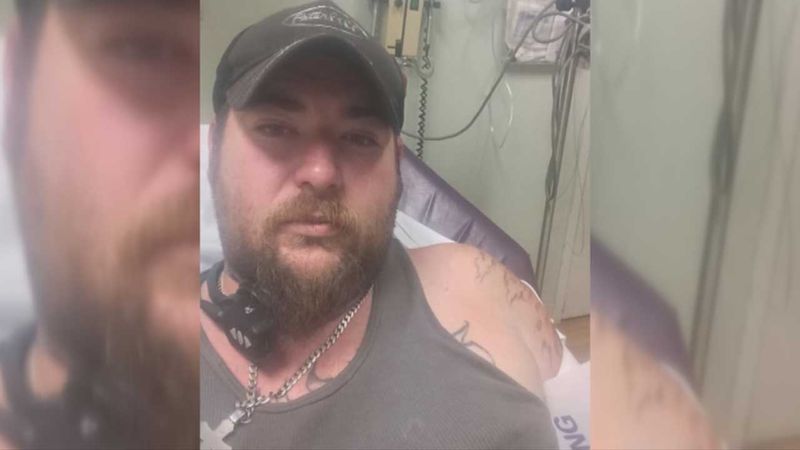 Trucker Stabbed While Defending Another Driver

A trucker who was stabbed by another trucker after defending a female driver against his aggressive behaviour says he would do it again.

Truck driver Rocky Terven pulled into a Love’s fuel island at the same time as a female truck driver, and both drivers immediately entered the store. As the two drivers were taking care of business inside the store, a third driver walked in and began verbally assaulting the female truck driver.

“He comes in yelling that he has been back there for 45 minutes, waiting. We tried to explain to him we have only been here for five minutes,” Terven explained.

“He got smart with her and that’s when I said something, ‘You are not going to disrespect a woman right there in front of me.’”

The man left the building but quickly returned to the store with a knife.

“He went back to his truck and came back inside and swung a knife on me. He missed the first time. I swung, I connected with him, and then he swung again and caught me. At first, I didn’t know I was cut, until someone said I was bleeding out.”

Emergency personnel instructed Terven to go to the ER, but he refused until he was able to get ahold of his employer and figure out what to do with the refrigerated goods he was hauling.

Once Terven got to the hospital, he discovered his injuries were more serious than he first thought.

“Found a little blood in my lungs, but not enough to worry about. They say an inch more and it would have hit my lungs. Two and half inches to the left and I would have been dead,” he said.

The suspect has not been identified, although Terven was able to give police a description.

“I would step in again if I needed to,” he said.

Since the attack, Terven has been raising money on GoFundMe as a way to help pay his medical bills, along with the cost of recovery.

Previous articleMarkets not kind to Knight-Swift
Next articleMargins, Profits Improves at TFI International