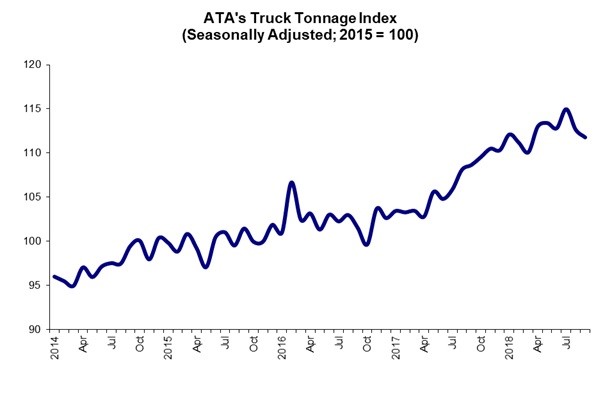 Truck Tonnage Down Slightly in Q3

“Truck freight slowed at the end of the third quarter,” said ATA chief economist Bob Costello. “As anticipated, the year-over-year gains have slowed on strength a year earlier, but there is no doubt that freight softened in August and September. Despite the decreases late in the quarter, based on July’s strength, third quarter tonnage rose 0.1% from the second quarter and 5.2% from the same period in 2017.”

August tonnage was revised down to -2% from the initially reported -1.8%, when compared to July.