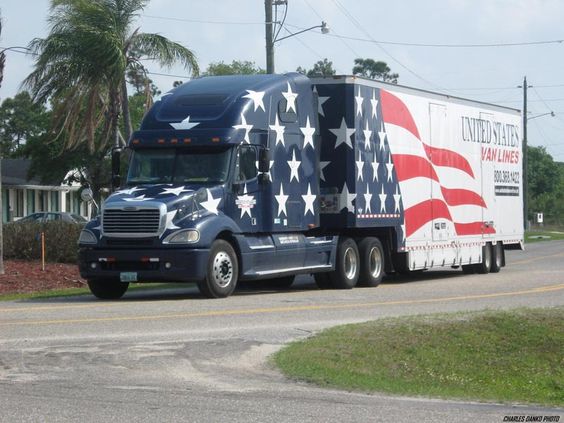 Job search engine Adzuna analyzed patriotic jobs in the U.S., noting roles that support and better the country as a whole. Among those roles, professional drivers ranked in the top four most opportune, along with nurses, construction workers and teachers. These four comprise 90% of available patriotic jobs.

The company’s website contains roughly 3.5 million available jobs and was used to find sector, volume and location of public service opportunities, with the most potential in California, Illinois, Texas and Virginia.

According to the site, there are more than 778,000 vacant positions as professional drivers, the most offered in Illinois, with an average salary of $42,675. Nurse practitioners are second, but only have roughly half as many vacancies.

The US. Dept. of Labor rated truck driving as the deadliest profession in America, which has likely contributed to the shortage, in addition to low average pay. These strong factors discouraging entry into the profession are likely driving forces behind its rank at the top of the list for vacancies.

“Many patriotic positions entail thankless responsibilities that work toward the benefit and greater good of the country, oftentimes at the expense of workers’ health, well-being or work-life balance,” Valentin said.

Transit supports the national economy and offers necessary services that are essential to daily life; without the vehicles and their drivers, the goods and services citizens are accustomed to would no longer be available.

“We depend on these professions to provide us with clean water, nourishment, enduring public infrastructure and protection from a range of threats and disasters,” Valentin stated. She called these workers heroes who “work tirelessly to maintain and advance our country, especially those that stick around in the face of low wages and disappearing resources.”