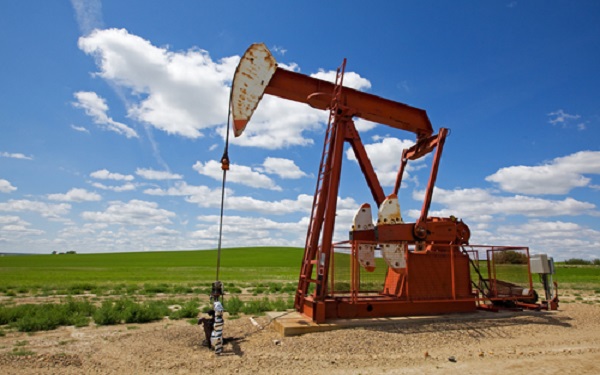 In the busy oil fields south of San Antonio, some big rig trucks sit empty. They could be hauling the thousands of loads of sand needed to frack a well but there aren’t enough drivers.

Once it’s out of the ground, the oil has to get to a plant on the Gulf Coast, and that means more trucks demanding higher prices and more delays amid the driver shortage.

The plastics from those plants have to get to the Port of Houston for their voyage overseas. And when they come back in the form of packaging, clothes, auto parts and a range of other consumer products, they’ll need another trip down the highway to get to market.

Everyone will soon be paying more for almost everything. Nationwide, long-haul truck shipping rates were 10 percent higher in July year-over-year, excluding fuel costs, according to Cass Information Systems, which tracks freight transactions.

This is how a shortage of tens of thousands of truck drivers gains a grip on the growing American economy. The freight industry is now scrambling to address a workforce crisis.

The country is short more than 50,000 drivers, a number expected to swell to more than 174,000 in eight years, according to the American Trucking Associations. Expand that to the entire Class 8 truck market, which includes other heavy trucks, and the shortage was more than 270,000 in the second quarter of 2018, according to FTR Transportation Intelligence.

The shortage has been worsening for reasons ranging from low pay, government regulations reducing productivity and frustrating drivers, the workforce rapidly retiring and younger generations that aren’t drawn to a lonely job that can require weeks or months on the road.

Through 2016, the economic recession masked the effects of the driver shortages, which is a decades-old problem. But demand surged in 2017, and a July report from the Federal Reserve, suggested diminished trucking capacity is constraining economic growth.

In South Texas’ Eagle Ford Shale and the West Texas Permian Basin, drillers use thousands of truckloads of sand to prop open rock formations in a single well. It takes hundreds of trucks per well just to get the sand, plus up to 60 per day to dispose of water, and more to deliver oil to Gulf Coast hubs.

Amid a pipeline crunch in the Permian Basin, exploration and production companies are holding onto trucks after jobs are done – and therefore paying more for them – because they worry they won’t have enough for the next job, said Scott Mellman, vice president of Dallas-based Stevens Tanker Division LLC, which provides oil field trucks in four states. It’s reducing overall activity, he said.

The driver shortage “is going to get worse before it gets better,” Esparza said. “There’s not a single one of my motor carriers … that don’t have trucks parked or aren’t looking for drivers on a regular basis.”

While shipping costs are up, driver pay for long-haulers rose less than 1 percent in the last year, federal data shows. Some drivers have found that new federal requirements for reducing fatigue with electronic driving logs are eating into their profits. ELD’s run as long as the driver is behind the wheel, even if the truck isn’t moving. A driver who spends four hours waiting for a warehouse to load the truck only has seven more hours of drive time available in a 14-hour period. That means more trucks needed to haul the same amount of goods.

The new federal rules are part of a move away from the deregulation of the industry in its 1970s heyday, when films like “Smokey and the Bandit” romanticized the job.

“It’s tough to recruit the younger generation,” said Esparza, of the Texas association. “Maybe trucking’s not as sexy as it used to be.”

To attract millennials, it will have to show that the trucker lifestyle is changing.

The industry is looking to several solutions to boost recruiting, especially among the young, women and minorities. That means higher pay, but also respect, said Brian Fielkow, CEO of Jetco Delivery in Houston.

Jetco tries to distribute work to drivers based on their life situations. Fielkow said he looks for local and regional jobs for drivers who are single parents, while saving longer hauls for those who don’t mind weeks on the road.

The industry is pushing for rules that would make it easier for veterans to transfer their military experience to commercial truck driving, advocating for better treatment of drivers at warehouses and other parts of the supply chain.

“And I don’t want to get too political here, but there’s a whole group of people that could be working that we could bring into trucks if we would only take a more thoughtful approach to immigration reform,” Fielkow said.

Esparza, of the Texas Trucking Association, is optimistic that the industry will solve the fundamental recruiting issues in the long term.

“You will naturally get organic growth in drivers as the pay rate continues to increase,” he said.

“Freight will find a way to get from point A to point B, ” he said. “You and I are going to be paying more.”

Previous article
US Mexico agree, US Canada, not so much
Next article
Judge Dismisses Driver Classification Lawsuits Against TransAm Trucking