Home Featured Posts The Semi-conductor Crisis – What’s All the Fuss About? 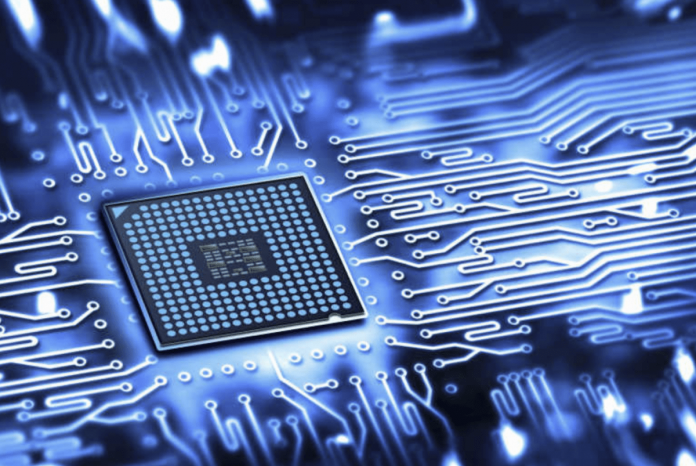 It’s remarkable when we think that the tiniest of things sometimes have the biggest impacts in our world. Take Covid-19; a small virus that has had devastating effects on people’s health around the world. And even after almost two years of living with Covid-19, the world still doesn’t see the end in sight, especially with the emergence of the Omicron variant.

Another tiny object that has had a huge impact in many industries is the infamous semi-conductor chip. And like the Covid-19 virus, or its variants, the semi-conductor chip shortage doesn’t seem to be fixed soon. And this shortage is having a ripple effect in the automotive and transport industries.

A semi-conductor chip is a device that is between a conductor and an insulator and its basic function is to control an electric current/signal; essentially it’s a microchip. Usually, semi-conductor chips are made of pure elements, usually silicon, or compounds like gallium arsenide or silicon carbide.

Not used much in older vehicles and heavy trucks, they are an integral part in newer ones, especially those that are hybrid or electric in nature. In all vehicles, semi-conductor chips control systems like safety, fuel, transmission, and even infotainment. When speaking of electric vehicles, these chips control almost all aspects of the vehicles, especially powertrain, battery maintenance, and autonomous driving.

The Covid-19 outbreak, in simple terms, is what caused the disruption of the semi-conductor chip market. When more and more people began to work from home and students stopped attending schools and post-secondary institutions, there wasn’t a need for as many cars on the road. Car sales began to drop rapidly; the demand wasn’t there and thus the supply needed to be reduced.

What increased was the usage of semi-conductor chips in items like TVs, monitors, computers, tablets, cell phones, Bluetooth devices, and of course, in the medical industry. And thus, rather than making these microchips for the automotive and transport industries, manufacturers began to focus on the home office. Production lines changed to adjust for the necessary supplies.

The largest manufacturers of semi-conductor chips – Intel, Samsung, TSMC, SK Hynix, and Broadcom – all made the necessary changes for their focus on the new demand. None of these companies were affected by the Coronavirus; rather, it’s safe to say they made quite the profits.

In the trucking industry, the impact was the same; less demand on trucks meant supplies were decreased, especially since many drivers were afraid to drive across North America for the fear of getting the Coronavirus. And those who stayed on the road didn’t want to invest in a new truck and/or trailer because there was doubt as to what the future held.

So, then the question arises. To get production of vehicles and heavy trucks back to speed, why not just start making semi-conductor chips for these industries again? The answer isn’t as easy as that. Most of the major manufacturers of semi-conductor chips say it takes months to switch over production lines and it’s not something that can happen in a day or week. In the same breath, they also claim that since new variants of the Covid-19 virus emerge, it still may not be the best time to make these changes.

That’s not saying inventories aren’t getting replenished in the auto and transport industries; in fact, they are. But sadly, not fast enough. Dealerships continue to be empty, or carry very little inventory. But we are assured by both the semi-conductor chip and heavy truck manufacturers that progress is being made and production lines are getting up to speed.

One positive from this lull in production is that it’s given engineers, designers, and scientists the chance to work on improving design and functionality of semi-conductor chips. It’s also allowed more opportunity to conduct in-depth tests for reliability.

There still isn’t a clear picture of when the semi-conductor chip shortage will end, or at least keep up with basic demands. Local heavy truck dealerships are eager to have their lots full of trucks, something sales professionals are eager for.

The backlog of Class 8 trucks has tripled as compared to 2020. The transport industry needs to get back up to speed as it’s what keeps our economy going. For now, all we can do is wait; for both Covid-19 and the semi-conductor chip shortage to be over.